Over the last few weeks I have started volunteering for a charity called Learning for the Fourth Age, which is an organisation that aims to link volunteers with care home residents who would like to learn something new. Despite the fact that I have only been doing it for 2 hours a week for a […]

So as there are not any Postgraduate (PG) (see what I did there) History bloggers, I thought I would take a quick break from explaining about Undergraduate study and talk about PG Study. Any dedicated History blog fans may remember my fellow blogger of years gone by Tom, who after graduating went on to study […]

Every year final year students are asked to fill in a questionnaire called the National Student Survey. This survey is how current students can say what they liked about the University and the course and what they think could be done better. It doesn’t take very long to do and by doing it current students really […] 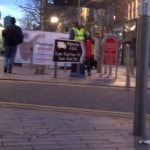 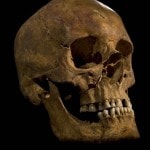 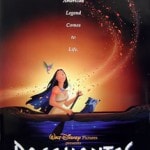 In the last month or so there have been two major films about slavery gracing our cinemas. Django Unchained and Lincoln have created award buzz and public interest in their two different ways of story telling. This is a history blog so I am not going to go into much detail about Django Unchained as […]

Visit Days (to clear that haze)

(Tacky title I know) The time has come when you have said goodbye to your UCAS application and are hopefully finding some university offers coming in… the most important offer you may have received is from THE UNIVERSITY OF LEICESTER. If you have received an offer to study here you will most likely have also […] 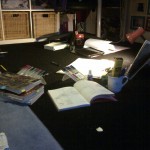 Where Gloves Go To Dry

Greetings all from what many people call moderate freedom. Sorry I have been away for a while but revision has been number 1 priority… and my laptop broke again. Let’s hope this time it is feeling a bit better as I ONLY HAVE SIX MORE MONTHS! A most scary reality. I’ve been busy applying for […]

Not a positive one today, but I’m a bit down under the weight of the snow outside and the revision inside. Inga Clendinnen: ‘Historians are the camp followers of the imperialists’ So what is your opinion on this? Just think about that while I go and revise. I’ll try and write something next week after […]

Absence Is The Highest Form Of Presence

…well, except in the blog world. I think I read this phrase a long time ago when looking into the work of Harold Pinter who has written some of my favourite plays that use silence as a key character in the story. So I would like to say my silence was all part of the […]