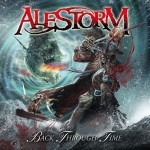 On Monday I joined my housemate James for probably the second most bizarre gig I’ve ever been too, seeing a band called “Alestorm“. For those of you who don’t know, Leicester has an O2 Academy, so we were in the medium-sized venue in Queen’s Hall (O2 Academy 2). And the bizarre thing about Alestorm? As […]