Film Night- Love Is The Devil

Posted by Charlotte in History of Art on November 30, 2013 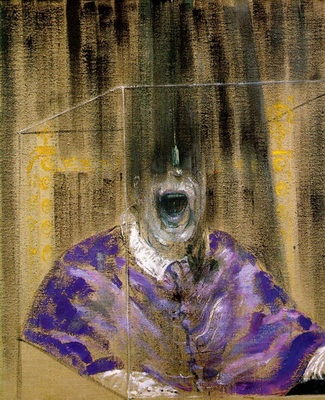 Todays post will be short and sweet, unfortunately I am bogged down in the end of term assignment rush and I’ve been essentially living in the library for the last two weeks.

I do have time to tell you about a film that was recommended by one of my lecturers however, about the British painter Francis Bacon,  the creator of works such as Head VI, painted in 1949. 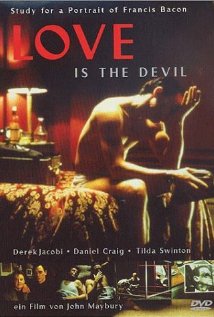 Love is The Devil: Study for a Portrait of Francis Bacon is a 1998 dramatic biopic directed by John Maybury starring Derek Jacobi as Bacon, showing his love affair with small time crook George Dyer, played by Daniel Craig, their bizarre sexual relationship, depressions, rages and strained emotional connection. Although of course, highly dramatised and first and foremost, a film with all the reality altering details of narrative and plot, rather than an unbiased take on Bacon the artist, this film was an incredibly interesting way to spend an hour and half and if you are into British art, or artistic cinema then definitely give it a go, but only if you are over eighteen, of course.

Happy viewing and I’ll see you all again soon!