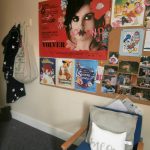 It’s That Time of Year Again

Posted by Charlotte D in History of Art on September 10, 2017

No..not Christmas, although I’d forgive you for thinking that with all the chocolate tins already clogging the supermarket shelves. We’re a mere two weeks away from university freshers, and a confusing game of Tetris, trying to make all your stuff fit into one car. So, this is a little post for all of you […]

As all Leicester University students will know, Oadby, i.e. the mother-ship, is the Leicester suburb home to the majority of our University’s halls. I have a lot of love for Oadby, primarily because most of my first year was spent, when not at the University itself, pottering around the various flats and other facilities there; […]

A Weekend in London!

So as you may have read in one of my previous blog posts, I’m a Student Buddy for the next few weeks for some students that have come from Japan to do a British Language and Cultural programme here at Leicester. Being a Student Buddy means being around during excursions to make sure that things run smoothly […]

I have quite a few friends from all over the world, mainly due to the fact that I spent a lot of time abroad last year in Italy and Japan and also because of my being Secretary for the Erasmus and Exchange society. In fact, one of my Japanese friends is going to be visiting […]

The Attenborough Arts Centre! Formerly known as Embrace Arts, it’s a multi-use inclusive arts centre which prides itself on being accessible and inclusive. It houses a 120-seater performance area, three studios, and an exhibition gallery. Its programme covers a wide range of art forms, offering courses and workshops, contemporary art, performance and live art, theatre […]

The Importance of “Omotenashi”

Getting around Tokyo isn’t exactly easy, especially for someone who has a very limited knowledge of Japanese. Officially referred to as a “metropolitan prefecture” rather than a city, Tokyo is more like a small country than anything else. The population of Tokyo is around 13 million and has a size of about 2,200 sq km. The population of the […]