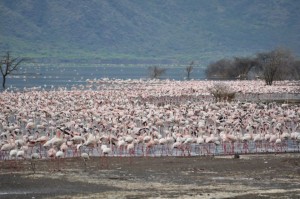 The local wildlife at Lake Bogoria, taken by Alexander Young (one of the students)

During the second year of the natural sciences course students have the opportunity to go on a two week field course in Kenya. Researchers at Leicester have been studying Lake Bogoria for a number of years now, owing to the unique ecosystem featuring one of the largest populations of flamingos in the world, and the idea is you design a project that will benefit the surrounding community in some way. Even before starting my degree I was determined to go, and although it was by no means cheap, a travel bursary from the university meant I could jump at the chance.

The course itself involved several weeks of research and discussion prior to arriving. Two friends and I started by looking at what the community really depended on, and from looking at past projects and talking to supervisors, it soon became clear that soil erosion was destroying much of the land the community relied on for grazing and farming, in particular a nearby swamp. A changing climate was likely to further exacerbate this issue, along with the rich biodiversity of the area being threatened, so we decided to investigate to what extent different factors were causing this.

Two images taken of Kesubo Swamp, where the land erosion is particularly severe and formed the focus of our project 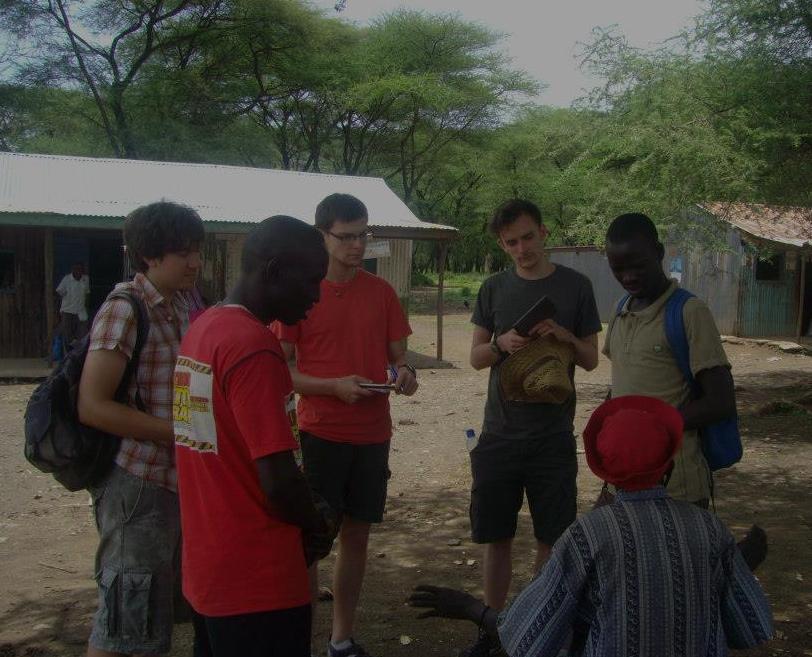 Interviewing the local community on their perceptions of the changing climate

Over the two week period we interviewed members of the community to compare perceptions on the changing climate to climate models for low lying areas of Kenya, to assess the viability of using these models in predicting future changes. We then took soil samples from a number of different swamps that had different levels of grazing and hydrology, and identified the composition to determine if climate alone was primarily responsible. Combining the composition of the soil to annual rainfall data further allowed the level of erosion due to rainfall alone to be estimated. Finally, we looked into why past solutions had not been successful and, based on our findings, suggested what we thought would be beneficial.

Before starting the project I was hesitant over the idea of three second year students from the United Kingdom going into a community to offer advice on such a large issue with only two weeks of experience, especially in light of the activity of the community being the likely primary cause for the change. Several attempts at solutions in the past appeared to have failed primarily due to a top down approach that neglected to involve the community in a comprehensive way, which formed the focus of the conclusions of our report. Only when we began talking to the community did I realise their enthusiasm for our project and how eager many were to educate us on how complex the history of the swamp really was. The fact that many of those working with us were directly affected by the issue gave a lot of weight to our data, moving far beyond a traditional assignment and really giving the feeling that you were a scientist carrying out real research. Presenting our findings to the community at the end of the two weeks was an incredibly rewarding experience (if a little daunting), and everyone seemed very receptive to our conclusions. A press release detailing more information about the field course can be found here.

Presenting our results to the local community. Other students investigated nutrition and the feasibility of harvesting Spirulina as a food source

Outside of all that we visited the local school where the I-science society had helped raise money for a solar panel, allowing students to learn when the heat was less severe. This also involved a game of football, where I quickly found not having played since I was 10 years old was not an advantage.

Having a few days to spare before flying home, we then decided to go to Nakuru Park and Hell’s Gate National Park, the latter of which supposedly being the main inspiration for the setting in the Lion King, and where part of Tomb Raider was filmed.

Walking and cycling in Hell’s Gate National Park, and the view of Lake Nakuru

Overall it was an incredible experience. Having never really travelled it was somewhat out of the ordinary to be chasing camel spiders and geckos out of my tent, to hear a friend of mine was stuck in the kitchen area with no torch and a hippo at the door, to find I had vastly underestimated the variety and size of many insects, and perhaps best of all to see the southern stars for the first time. I couldn’t recommend it enough. 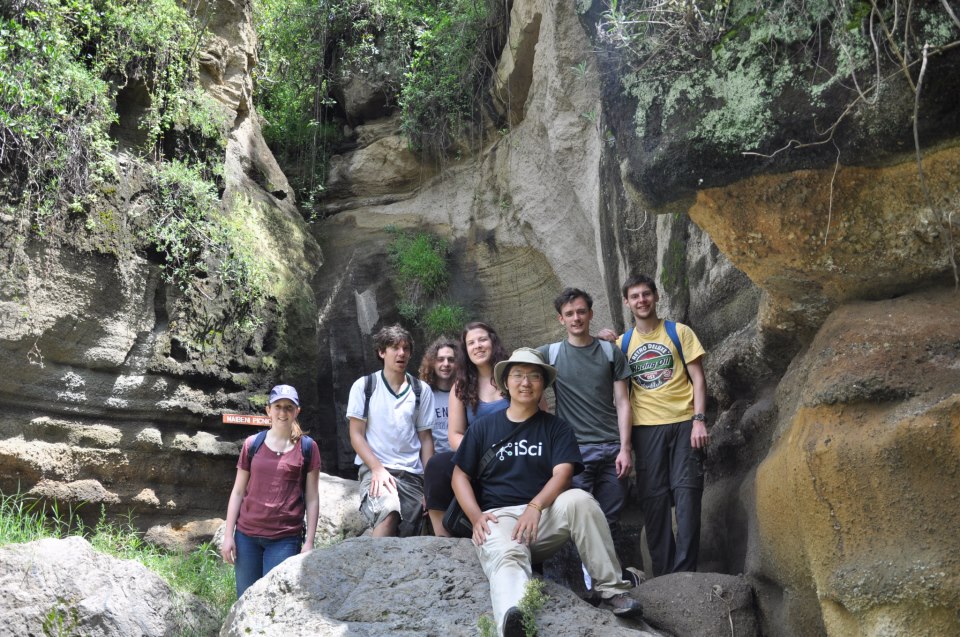 4 responses to “Fieldwork in Kenya”