This summer I was lucky enough to join the materials and interfaces research group in the chemistry department for a project that looks to be taking me right through to September. Even with the academic year over, it’s becoming increasingly common to take internships over the holidays, especially in the sciences. And while you will often be told how great such things will look on your CV, the idea of contributing to projects on the frontiers of science just excites me. In fact, I’ve found it to be a curious thing at university how often students are encouraged to do things with the leading carrot being to improve their CV, when the enthusiasm should be there to begin with!

An example of a current technique used on latent fingerprints. Here Ninhydrin reacts with the amino acid lysine, causing a product that displays a distinct purple colour. Image taken from Wikipedia

My project involves developing novel ways of revealing latent (invisible) fingerprints on metal surfaces. The majority of current techniques work by interacting with the amino acids, proteins, water and other constituents of fingerprints, presenting difficulty when dealing with materials exposed to weathering, high temperatures, being washed and so on. Researchers at Leicester have begun using techniques that exploit the fact that the lipid or fat residue of fingerprints often remains from weeks to months after being deposited, even in spite of harsh conditions. Certain polymers can be electrochemically deposited on metal surfaces, where fatty acids within a fingerprint deposit act as an insulating layer, resulting in a negative image of the fingerprint. Such polymers are also in some cases able to switch between oxidation states under different voltages, causing distinct colour changes that can substantially improve contrast. The initial results show a lot of promise and appear to have pretty big implications for forensic science, and this hasn’t gone unnoticed by the mainstream media.

Working with a real research group has been a great experience, if a little daunting in hoping your work is up to scratch! Being in the department has also given me an insight into how such groups function. Today, for example, there was a small conference where selected PhD students gave talks on their current findings and discussed potential directions for the future. It really highlighted how much of a creative process science can be in both designing new experiments and thinking about results in different ways. Another example of this happened when I found a certain polymer displaying unexpected optical changes in response to an electrolyte mixture, and I was encouraged to explore it further. Suddenly you’re thrown into trying different concentrations, thinking of other analogs, trying to elucidate what reaction is occurring and how you could manipulate it, and the whole thing feels very dynamic. 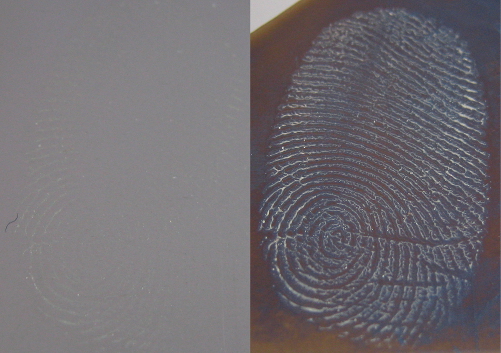 Internships can happen through several routes, be it from knocking on a professor’s door or applying to specific programmes. Leicester’s physics department run the SURE Summer Programme, for example, which features projects in condensed mater physics, space science and astrophysics. Other universities offer summer schools, such as the mathematical modelling for biologists course at the university of Nottingham. I went last year and found it a great way to get exposure to a number of software packages, and combine a lot of what I had learnt in my mathematical modelling module to biological systems on the molecular level.

Speaking of summer schools, only a few weeks ago was this year’s Interdisciplinary Science Headstart Summer School for A-level students, and it ended with quite a bang! Myself and a few friends volunteered to help, which included everything from facilitating meteorite workshops and running icebreaker activities, to giving a presentations on our experience as an undergraduate and our fieldwork in Kenya. Throughout the week students were also put in groups to design two-stage rockets, to be launched at the end of the week. Prizes were given to the highest and straightest trajectory, and the nicest parachute landing, and even though they were only made of cardboard, the rocket motors meant they really went far! Being one of the volunteers to help launch the actual rockets became slightly scary when one or two span violently above the launch pad before shooting off in a random direction or exploding.. 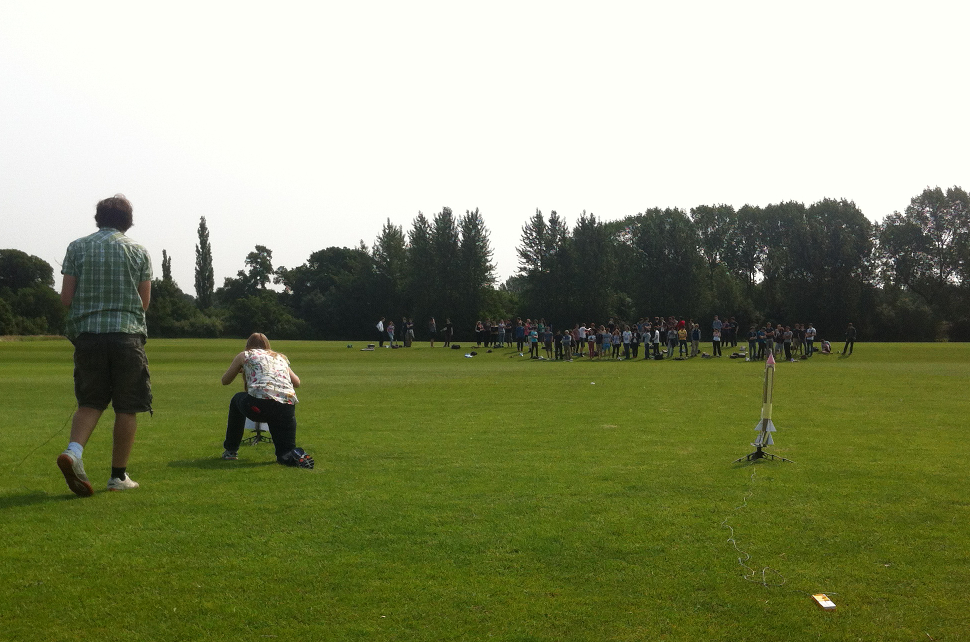 Notice how far away everyone else was told to stand..

Unfortunately I don’t have any pictures/videos of them shooting into the sky but as soon as I get my hands on some I’ll post them here.

3 responses to “Summer Internships and Volunteering”