Cell signalling, design competitions and the final submissions to JIST

Last Wednesday the Interdisciplinary Science Society hosted its latest academic seminar, where Jaelle Foot gave a presentation on the techniques used in structural biology, and how she applied them to her research. Here nuclear magnetic resonance (NMR), x-ray crystallography, and cryo-electron microscopy were used in her research group in identifying the phosphorylation sites on a particular protein, SAM68, which is known to play a key role in alternative splicing. What was particularly interesting to me was the rigorous procedure developed for identifying and elucidating the structure of a specific protein, and the weeks of consistent protocals you have to carry out just to get one of many results. This was also only weeks after having finished the electromagnetism and cell communication module, so it was great to see a lot of the content applied to current research. 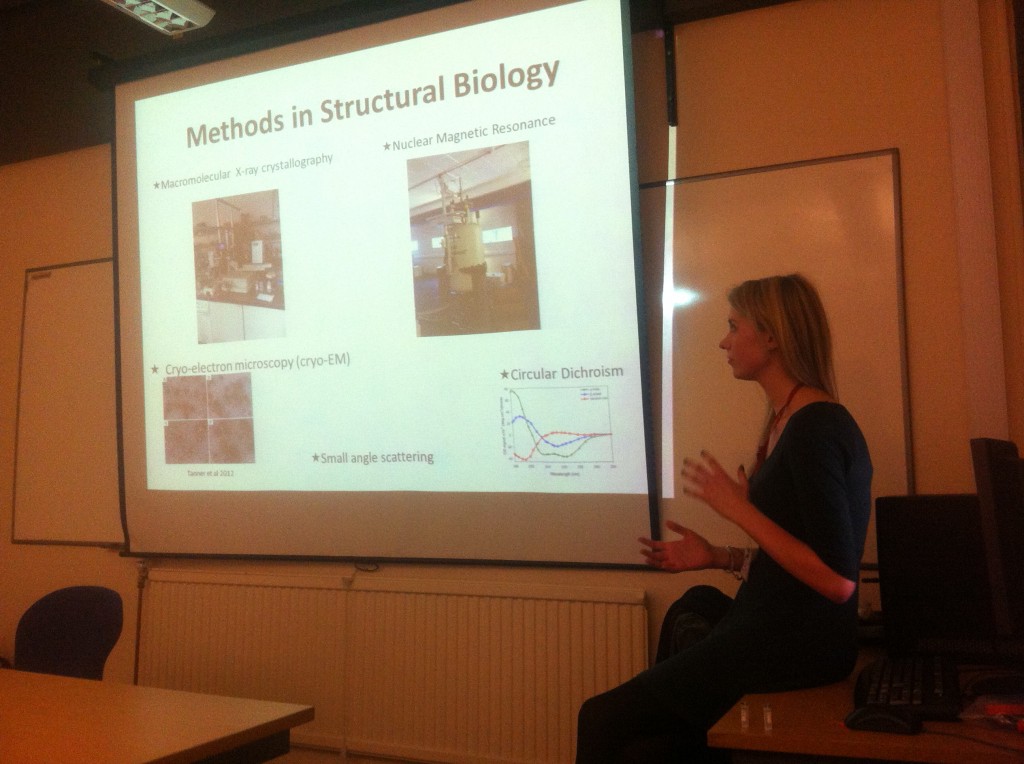 Jaelle Foot is part of the Department of Biochemistry at Leicester.

Following that, the society just finished hosting its competition for the society merchandise this year, with a landslide victory going to the design below!

The symbols on the back have the names of all the students on the degree within them, which I thought was a pretty great idea!

With the Easter break just around the corner, for third year natural sciences students this means dedicated project time is coming to an end and the maths and last core module exam are only two weeks away! This also means the time to submit papers for the Journal of Interdisciplinary Special Topics is quickly running out, as there won’t be sufficient time to go through the review process. The first few that have made it through have already been published, with a host of papers currently being reviewed on subjects in everything from modelling chemotaxis pathways in bacteria and the viability of a frog actually turning into a human, to playing ‘the floor is lava’ with real lava and the limit to the number of lies Pinocchio can tell. My final paper was on a proposal for a new location for the Winter Olympic Games somewhere in the solar system…which I’ll write about next week if it makes it through!