With the final project seminar drawing to a close, the panic for the approaching final deadline was mediated only with thoughts of this Friday’s exams, making this week pretty hectic in terms of collecting final sets of data while revising the past few months of material! 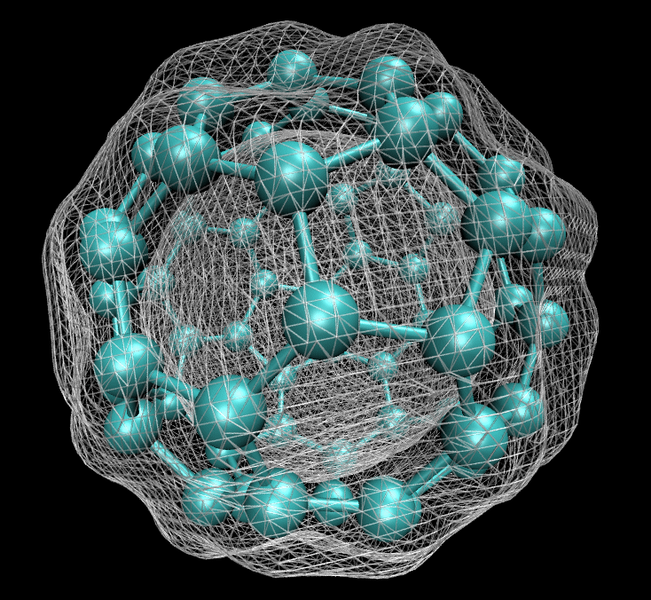 One big breakthrough in computational chemistry came in the development of Density Functional Theory, where it was shown that the kinetic energy, attractive and repulsive terms of a system could be formulated using the electron density alone. This gave rise to a powerful new way of modelling systems, in particular larger ones like the C60 molecule shown above, and would go on to win one of the founders, Walker Kohn, a nobel prize. (Credit: Wikipedia)

On the Natural Sciences degree, your project is assessed through these periodic seminars, along with a progress report by your supervisor, an interim submission just after Christmas, the final project report, and a 30-minute viva. The report itself is not trivial either, expected to be around 15000-20000 words and requiring a comprehensive background of the research area, along with your own contribution. In my case, this has meant investigating the possibility of metal foam formation in helium nanodroplets using electronic structure theory. Even though the Schrodinger wave equation completely describes the properties of a system, this becomes highly difficult to solve beyond the simplest molecules, meaning clever approximation methods have to be designed to describe more complex phenomena. These are all generally based around trying to model the potential energy terms of all the electrons in the given system, with more extensive methods giving more freedom for the electrons to move around the nucleus and interact with each other, while in turn quickly reaching calculation levels only practical on a supercomputer. Modelling interactions in liquid helium is particularly difficult due very weak van der Waals forces playing a fundamental role, requiring extensive model chemistries to simulate. But this has given the perfect opportunity to go through the inner workings of the simplest Hartree-Fock approximation up to Coupled Cluster theory and beyond, giving a great insight into the power and limitations of computational chemistry!

Doing a project in this area means, much like a lot of biological techniques, experiments can take days and often return nonsensical data, resulting in hours spent dissecting log files to see exactly why your model’s behaving in that way. It’s also very interesting though! Attempting to describe a system through a series of wavefunctions gives a whole new lens through which to view chemistry. Using simulations also allows for the probing of unusual systems that can be hard to get experimental data from, such as the dynamics inside doped helium nanodroplets. My models are just starting to show the expected behaviour for well-studied systems in this medium, meaning next week begins the exciting part of adapting these to novel interactions!

Along with the project seminars, the Journal of Interdisciplinary Special Topics also finished this week, and I’m pleased to say my final paper got published! I ended on investigating how The Winter Olympics would be different if it was moved to Saturn’s moon, Enceladus, based on an article discussing how the snow there would be perfect for skiing. With the gravity only 1.15% that of Earth, Olympians might have a hard time adapting to significantly slower speeds in anything involving going downhill…though coupled with a very thin atmosphere, it seems increases in air time could give rise to some interesting developments in the events. The whole list of published papers can be found here. 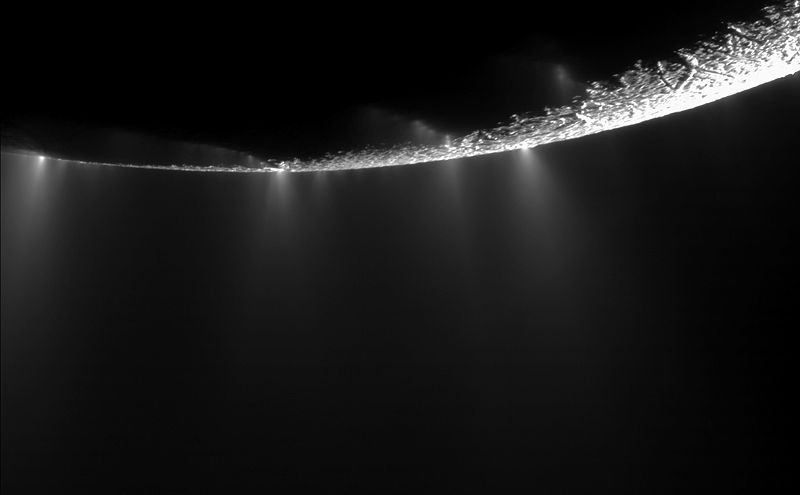 Keeping clear of the jets of ice and organic material would be just one of many aspects to bear in mind in moving the Olympics to this icy moon. (Credit: Wikipedia)