With this being a blog about the experiences of a science undergraduate, I thought I’d post some of my favourite resources related to science that I find myself visiting. Many of these inspired and continue to inspire me to pursue science, and I hope they do the same for you.

Brady Haran is a video journalist and filmmaker that, largely in working with Nottingham University, has created a plethora of videos in physics, mathematics, chemistry, astronomy, computing…and the list keeps going. To say these projects are ambitious is an understatement. On the channel Periodic Videos, Brady and the chemist Professor Martyn Poliakoff set about making a video on every single element of the periodic table. The physics counterpart, Sixty Symbols, draws on the expertise of a number of astronomers, cosmologists, physicists and more to delve into the meaning behind every symbol they can find used in physics. Deep Sky Videos (a personal favourite) attempts to explore every entry in the Messier catalogue, visiting some of the most famous telescopes in the world. Although these were the primary goal of these channels, over 1500 videos later they’ve since expanded to cover all kinds of concepts in science, with Periodic Videos picking up several awards including the Royal Society of Chemistry Nyholm Prize for Education. 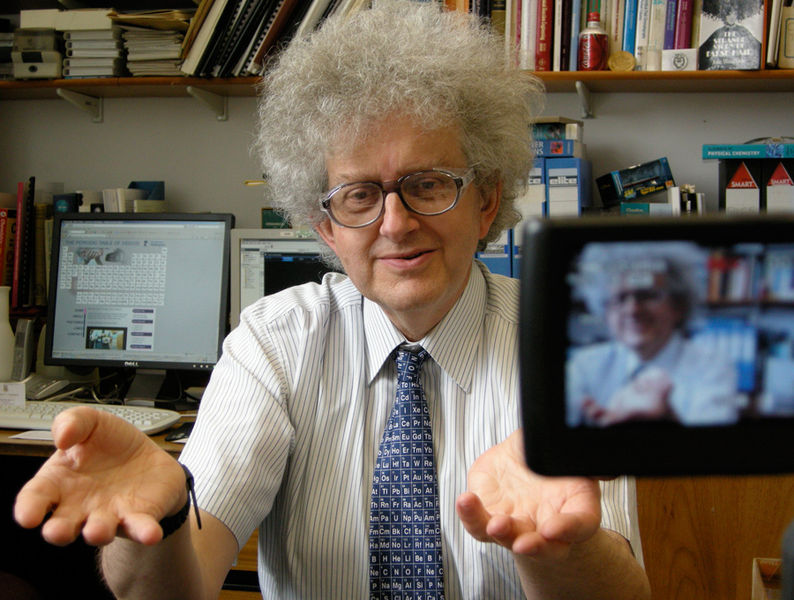 Professor Martyn Poliakoff’s enthusiasm for chemistry (and great hair) have played a fundamental role in the success of Periodic Videos. Taken from Wikipedia.

I think what’s great about these videos is not only the scientists, all of whom are extremely enthusiastic about their field, but the chemistry (zing) between Brady and those involved, and the sense of community, really make these projects special.

The Green Flash and the Belt of Venus – Deep Sky Videos 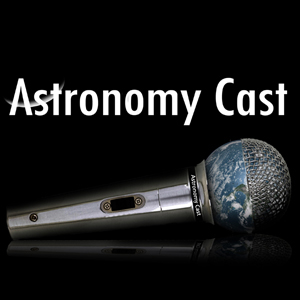 In 2006 journalist Fraiser Cain and Dr Pamela Gay from Southern Illinois University set about making a fact-based journey through the cosmos in the form of a weekly podcast, which, 339 episodes later is still going strong. I remember coming across these in 2007 when I was just starting to get interested in astronomy, and I really liked how it was just a conversation between two people who have a real passion for the subject. It feels very personal, and Fraiser is great at second-guessing the questions listeners would have as they move through different topics. Frasier Cain is also the founder of the astronomy news website Universe Today, and a Youtube channel with an ever increasing library of answers to frequently asked questions on astronomy. Best of all, making the best use of Google Hangout that I’ve ever seen, he also hosts ‘virtual star parties’, where he’s joined live by astronomers from around the world sharing their pictures and live feeds from their telescopes!

Speaking of podcasts, Little Atoms is a radio show running from as far back as 2005 featuring guests from across the spectrum of science. From Ian Stewart discussing the increasing links between mathematics and biology to Jim Baggott warning against the extrapolations of branches of theoretical physics, the topics are fascinating, and often go deeper than your average popular science program.

Phil Plait must get exhausted with the dedication he gives to clearing the fog of pseudoscience ever present in society. Previously serving as president of the James Randi Foundation, Phil promotes science scepticism in a thoroughly engaging way, in particular in promoting the evidence of climate change. As well as this, he also blogs on the latest developments on everything even loosely connected with space, and I’ve been an avid follower for years.

Kalid Azad runs a website that explains mathematical concepts in a very unique way. With a focus on getting the intuition of ideas, there are explanations on everything from basic calculus and imaginary numbers to vector calculus and beyond. I thought I understood many of these concepts before visiting this site, but his way of describing things really clicked with me, and I cannot recommend it enough. 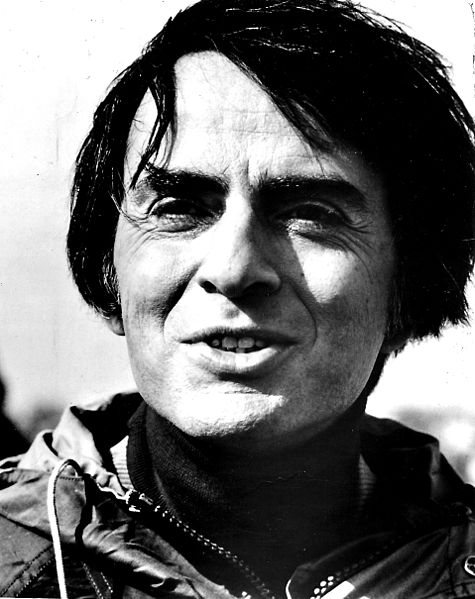 Carl Sagan spent his life promoting science, and rarely has the description of the cosmos ever been so eloquently put than in his words. Taken from Wikipedia.

I thought I’d save the best till last. With the new series of Cosmos now underway, there’s never been a better time to discover Reid Gower’s fantastic series of videos composed of the words of Carl Sagan and Richard Feynman, and some incredible images. I’m convinced these videos could make anyone want to be a scientist.