Today was graduation for natural sciences students, and despite having one more year to go several of us undergraduates went along to the reception to say goodbye. I was also lucky enough to receive the third year prize for best project, so there were handshakes to be had for that! It was a really great atmosphere, and as usual the afternoon was filled with food, photos and farewell gifts to the staff. Last year students made an impressive nine cakes to make up the centre’s logo, clearly setting a challenge for subsequent years to beat…I have vague plans for an air show, but we shall see. 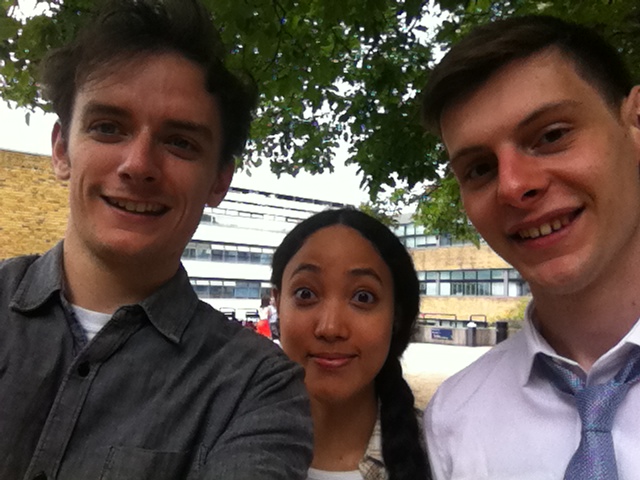 It’s really quite sad to see friends graduating while the rest of us remain for one more year. Not everyone made it this far, so it does feel like a real achievement getting to this point. I think the combination of copious amounts of group work and the shared experience of spending all night at the library as deliverable deadlines loom, along with a comparatively small year really served in cementing strong friendships, and I’ve been pretty fortunate to have been with such a great group of people.