The Tenth Anniversary of Natural Sciences

Posted by David in Natural Sciences on September 5, 2014 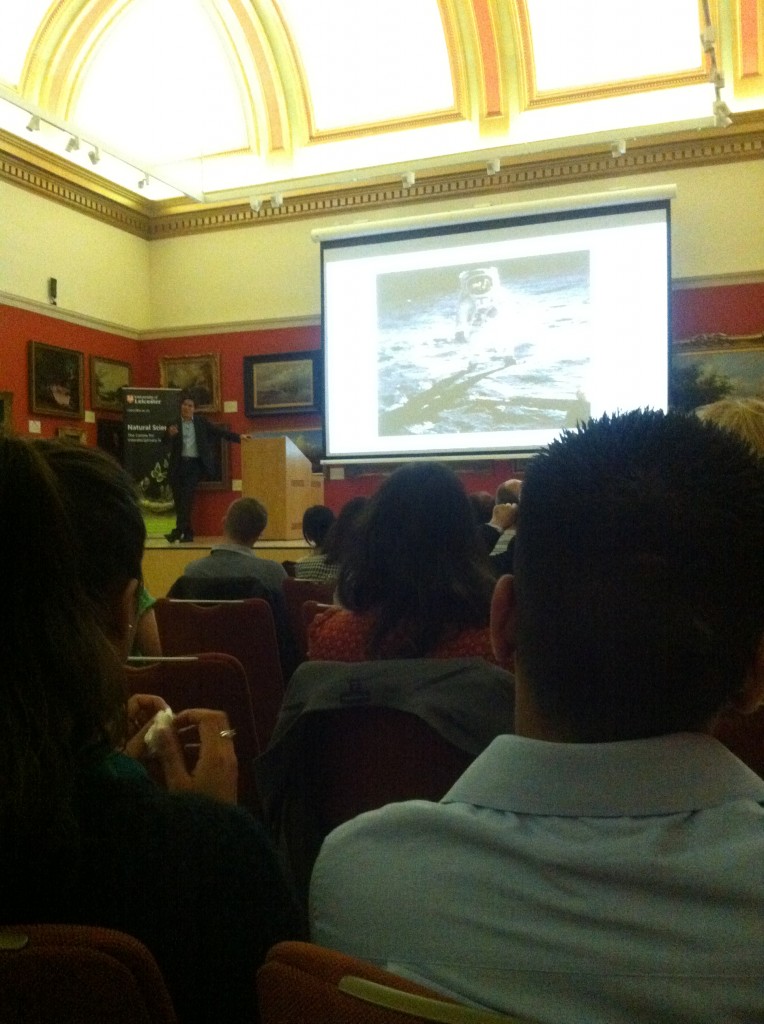 Today was a significant day for the natural sciences course here at Leicester, where alumni, students, staff, contributors to the degree and the general public were invited to celebrate its tenth anniversary.

Dr Kevin Fong gave a talk on his career as an interdisciplinary scientist, spanning an education in astrophysics and medicine, before embarking on a career of extreme environment physiology, notably in space medicine. He emphasised how much science has changed in the last century, moving from isolated research to larger, collaborative projects across a number of disciplines, increasing the need for scientists who can talk across them. He also spoke about new types of scientists required simply to make sense of the near overwhelming amount of data now available. This is seen in biology with the rise of bioinformatics, and data analysis has long played a central role in astronomy, but other disciplines are lagging behind, partially due to traditional disciplines lacking the skills for these emerging areas.

Overall it was a very interesting talk, and a great way to sign off ten years of a degree. Different ways of teaching science, or even a university degree altogether, are often met with scepticism, and it was great to see a degree that tries to achieve both reach a significant landmark in its history.