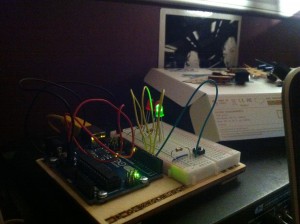 It’s now just weeks away from the start of term, which for me means starting my final year on the MSci course. After a brief holiday away from Leicester I’ve been busying myself with the basics of microcontrollers in preparation for the fourth year programming module. This is something I’ve always wanted to get into, so it’s great to finally have an excuse to dedicate some time to it! I have vague ambitions of integrating the neural networks I’ve been working on over the summer to a physical system in some way, but time already feels short in finalising the details of my fourth year project… 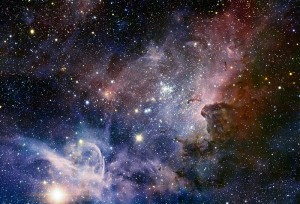 Identifying the components of the interstellar medium makes up a large part of the interdisciplinary field of astrochemistry, providing an insight into the chemistry of star and planet formation. Image source: Wikipedia

This year I’ll be on the hunt for new molecules, some of which might be detectable in the interstellar medium. A lot of what makes up areas of star formation is still unknown, highlighting the need for laboratory work to generate data to compare to spectra obtained using telescopes. Simply put, this involves blowing apart a known molecule consisting of elements known to be abundant between the stars, firing a laser at the at the constituents, and using computational models to make sense of the resulting data. Astronomers can then compare the spectral signatures of identified molecules in the lab with that observed in the interstellar medium, to see if the new molecules are present.

It’s a really exciting research area, and a great example of different disciplines working together. I’ll be building on a lot of the computational methods I used in my third year project, which is great, but it’s time to brush up on spectroscopy I think…