As you may have read in Scarlett’s latest blog, we went to London to see John Mayer in concert on Thursday night. I’m still digesting that it’s happened, so as soon as I’ve sorted out my emotions, I will definitely write a blog post about the concert and my hysteria over it all.

Now that the concert is over, I’m having withdrawals and I am just not in a good state, at all. The low that has followed the amazing concert high is overwhelming sometimes – it’s basically that feeling when you reach for another crisp without looking, but the bag is empty. We all know that feeling! It’s an unpleasant surprise and you were so enjoying those crisps and you wanted to savour the last one, but it ended sooner than you were expecting.

As you can tell, I was quite overwhelmed and was just in an absolute state. But, now that I’ve sorted myself out (and am being significantly less dramatic), I can finally fully blog about it!

On 13th February, I was scrolling through my Facebook news feed when I noticed that John Mayer was going on tour in Europe, and that he was making a stop in London. I was looking into buying tickets and saw that his concert was sold out, so I immediately burst into tears (fun photo at the bottom of the post) because that’s how much I adore him. BUT THEN, I found out that he had added an extra show, which was not sold out, and I immediately burst into tears again, but this time in happiness. As soon as I told Scarlett, she said, ‘Well, what are you waiting for? Let’s go!’, and so, we bought tickets for the concert 3 months later. We knew it was going to be in the middle of revision, and we were hoping that we wouldn’t have an exam too close to the concert day, but we also knew it would be a much-needed break from revision (which it was).

As soon as I bought the tickets, I promptly made a Facebook post to let everyone know about the happenings, and then I messaged a Canadian friend of mine who loves John Mayer as much as I do. We chatted about which songs John would play and my friend said to let him know if John played ‘Heartbreak Warfare’, because that’s his favourite song.

Fast forward to 11th May: John Mayer Day. I had been seeing photos from his tour for a month already and was waiting impatiently for the day to arrive. Scarlett and I took a coach at 9:30am to Greenwich, and we slept the entire way there because we had gone out to LetsDisko the night before (truly no regrets). We arrived at the Airbnb and dropped off our stuff, then took the tube into Central London and spent the day in Covent Garden. When it was time, we made our way to The O2 and as soon as we got off the tube, there was a sign waiting for all the John Mayer concertgoers (photo at the bottom of the post).

As soon as I saw the board, I immediately burst into tears (this will be a running theme). It was becoming real and I was getting really emotional, so every 5 minutes or so, I would burst into tears whilst simultaneously proclaiming that I was so excited. And I say I ‘burst into tears’ because that’s the phrase people use when they suddenly start crying, but I was literally bursting into tears. Scarlett was quite frazzled and extremely amused because she had never seen me so emotional and teary before.

As we made our way through The O2 to our seats, I tried my best to keep it together, but we were on Level 4 so we had a long way to go. Sorry, Scarlett! We spotted a merch table so I bought a shirt; I put it on, and 20 days later, I still haven’t taken it off. Just kidding – I wore it for the entire concert and only reluctantly took it off when we got back to the Airbnb to change into my PJs.

After we bought the shirt, we went to find our seats and shortly after we sat down, the opening act, Andreas Moe, started. He talked about how John Mayer got him into playing guitar and was pretty much the foundation for kicking off his musical career, which was very cool. I could only imagine how honoured and excited he must’ve felt to be opening for John in London.

About 30 minutes later, my One True Love came out onstage and began the concert with none other than  ‘Heartbreak Warfare’, so I immediately…say it with me…burst into tears. It was incredible that the one song I was looking out for was the one they kicked off the entire concert with. The next song they played was my favourite song from his newest album, ‘Moving On and Getting Over’, so it was just an unbelievable start to an unbelievable concert.

My favourite moment of the entire concert had to be the encore. He played ‘Gravity’, one of his classics, and the entire audience was waving their phone torches side to side. They turned off all the stage lights and all you could see was waving lights. It was just an incredible atmosphere and I’d never experienced anything like it.

I am so happy that I got the chance to see John in concert. I’d been dreaming of it since 2013 and I finally got to experience it and the entire thing was so surreal and I still can’t believe it happened. The next step is to save up to see him in concert again, but this time on the floor – up close and personal.

If you’ve never heard of John Mayer, you might’ve heard of ‘Waiting On the World to Change’, a true oldie but goodie. If you’re getting started on your John journey, I would highly recommend the album, ‘Continuum’. Sometimes he’s acoustic-y, sometimes he’s blues-y, and I love the versatility. John has helped me through some really tough times in my life and I love spreading my love for him with everyone. I hope you end up loving him as much as I do! 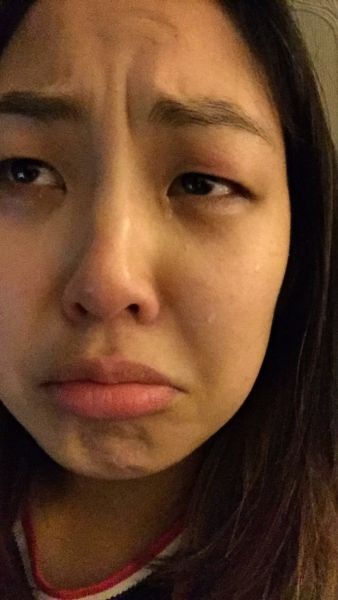 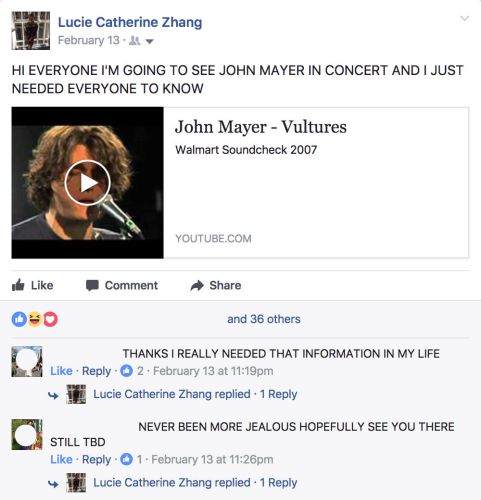 I was very excited 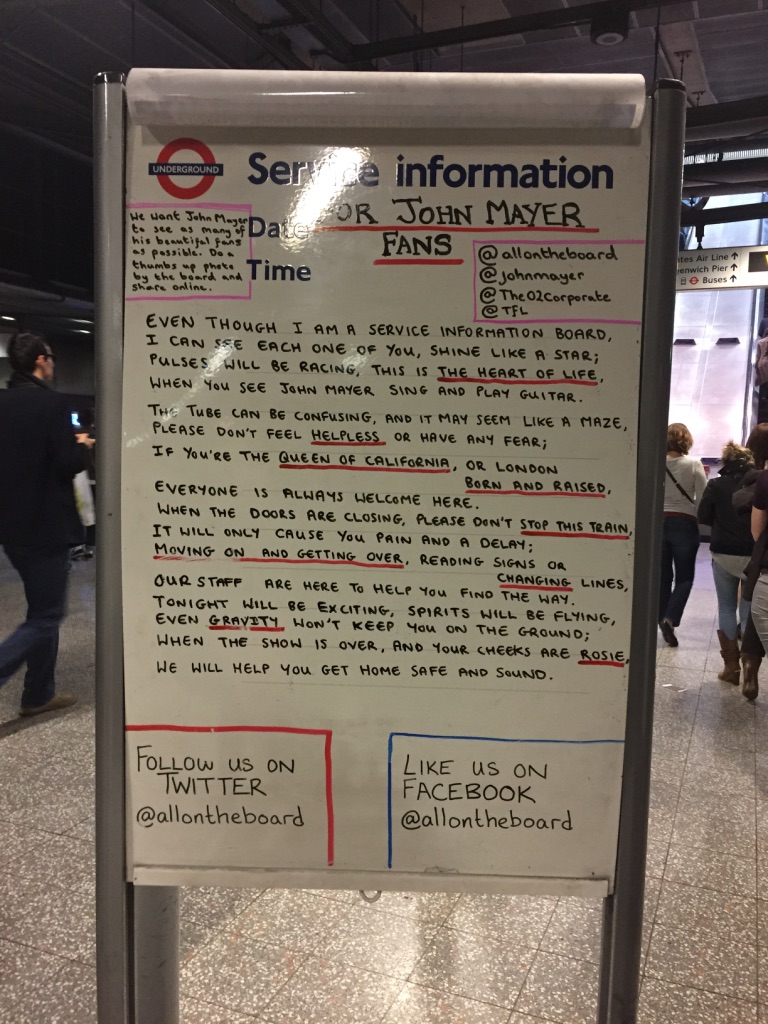 All the underlined phrases are titles of John’s songs