One constant in my life at Leicester for the past three years has been the uni club (the O2)’s night out on a Wednesday called Let’s Disko. I ended up going pretty much every single week for three years – now that’s commitment! It’s the cheesy pop hits night, which is so my thing. What’s not to love? Taylor Swift (Tay Tay), all the classics, a bit of Beyonce, and of course Robbie Williams – Angels (but more about that later).

So let’s give you an insight into a typical, crazy, cheesy Wednesday night out in Lei! 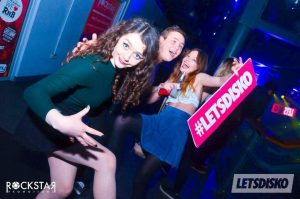 After pre-drinks if you live near the uni it’s a quick ten minute walk. Luce and I usually do the most cringe thing of playing our hype music out loud and singing and dancing all the way there. It’s quite the contrast from twelve hours later when we’d be rushing with all of our bags to class!

Once you’re there you get in the ticket or non-ticket queue, and this can either be an incredibly boring or fun experience. One time Luce and I turned up singing ‘Feeling Good’ by Michael Buble, and everyone started singing along too, which was hilarious!

As soon as we have our tickets we end up running in, dancing around to whatever boppy song is blasting out. 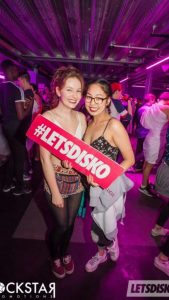 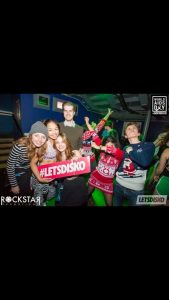 Sometimes we go really early, so about 11:45pm, and we are the only people there. Why would we do this to ourselves? Because dancing around an empty room with your best mate and no one to impede your dancing is one of the most fun things ever. 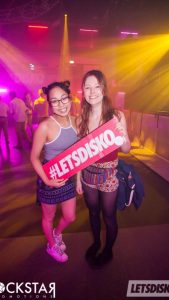 First photo of the night with basically no one there!

We had some pretty odd things happen this year, though. Luce does this dance move where she looks like she’s handing something to you – and when I first imitated this cutting-edge dance move I paired it with the question “Sausage roll?”

The joke progressed to the point where we promised each other that one day we when we did the move, we would surprise the other with a real sausage roll.

One day when there were as few as ten people in the O2 Luce was doing her usual sausage-roll-offering move, hands opening out towards me in time with the beat, and I looked down to see it; The sausage roll. A real one. I fell on the floor, laughing uncontrollably. And then I ate it, of course. 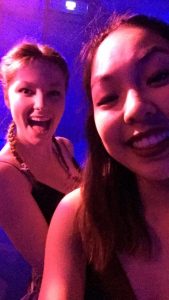 Another week we realised that they’d, outrageously, changed the playlist (Let’s Disko is infamous for having the same playlist every. single. week.) We were appalled. How could they replace one of our favourite songs with something new and not nearly as good?! We set about hatching a plan. We made ‘Our Let’s Disko’ playlist and made sure we brought headphones so we could listen to the song they’d removed, in our own silent disko. Oh my goodness the strange looks we got as the bopped around to a completely different song! Yes it’s probably the saddest and most laughable thing you’ve ever heard, but we just love Let’s Disko that much – and we were having the best time and that’s all that matters! 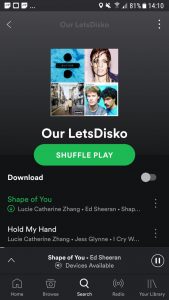 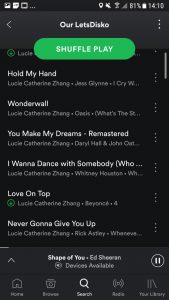 There’s one more tradition that isn’t exclusively ours…

Just before the O2 closes at 3:30, one last song always plays. Angels by Robbie Williams. When the intro starts to blare out of the speakers everyone crouches down on the floor (unless you’re a fresher and you don’t know the tradition so people will shout at you “GET DOWN!!!”)

Then we all crouch in our circles, arms around each other, swaying whilst trying not to fall on the floor, until the line “and through it… AAAAALLL!” And on the “ALLLLLL!” everyone jumps up, with their arms in the air, and it’s one of the most wonderful moments you’ll experience on a night out.

After Angels has played, and the lights come on, I usually run as fast as I can to get first in the burger queue – a feat that’s happened just once. What a glorious night that was. 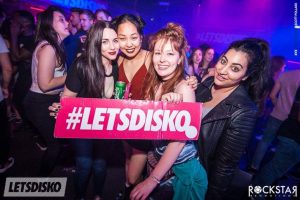 Sometimes everyone even leaves the O2 singing, and it’s just a lovely display of solidarity and happiness. I LOVE it. 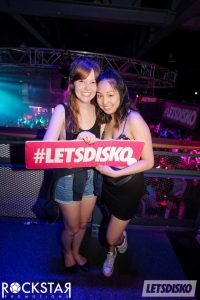 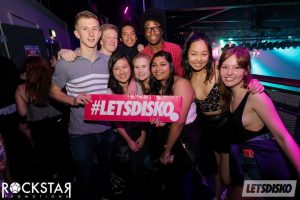 The last proper one.

I’ll miss Let’s Disko; jumping higher than anyone in there when Tay Tay comes on, having the best time dancing with my bumbag, and of course the ‘Angels’ moment. But for now, on to bigger, but maybe not better things (ha!) – few things top a Lei Wednesday night out so.. I’ll be back!