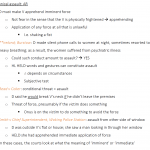 Before I begin the actual blog post: I’ve posted some of my old notes from first and second year, which you can find at the bottom of the page. But, if you’re curious as to what I have to say about the difference between case law and statute law and what that has to […] 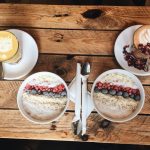 I’m a huge fan of coffee shops. I can study in one for hours just because I love the ambiance and the smell of coffee. My favourite one is called 200 Degrees, but today’s spotlight falls on another one that I went to a few days before I left Leicester for Christmas holiday.   […]

Back in November of second year, I wrote a blog post about being overwhelmed by deadlines and I dubbed it ‘Novdeadber’ because that’s what it feels like. Luckily, in Law, we don’t have midterms or tests during term. Instead, we’ve got competitions, moots, and non-assessed essays, and application deadlines for training contracts/pupillages, vacation schemes, Open […]

How to prep for an application/interview

Spending the last month applying for grad jobs has been the toughest, most time-consuming, but also illuminating process I’ve ever gone through. I’ve become so much more understanding of my strengths and weakness, and what kinds of jobs or company cultures align with my personality and strengths.   In researching a company and/or prepping […]

For those of you who didn’t know, last month the SU observed Black History Month. As a part of the observance, the University of Leicester Amnesty International Student Division ran a campaign spreading awareness about the Black Lives Matter (BLM) movement. I wanted to know more about it, so I got in touch with […]

Being a final year student

Ah, final year. Where do I begin?   Final year doesn’t feel like anything – you’re going through the same motions you’ve been through before, but this time there’s a graduation to look forward to. I found that the jump from first year to second year was really tough, but this year, it’s just […]

Insight on a Deloitte Careers Evening

On 9th and 10th October, the uni held a Flourish Fair for helping students get settled into uni life, whether it’s for the first time or the sixth time (or anything in between). Below are some highlights I got while visiting – I’ll be blogging more about some of the stalls that were there […] 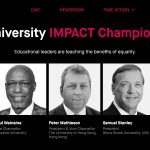 I’m absolutely delighted to share that I’m an Equality and Diversity Champion for the university! Today’s topic is the United Nation’s HeforShe campaign and how Leicester is involved with it! If you’re not familiar with HeforShe, here’s the low-down.   The campaign was launched in September 2014, and the aim, as is implied in […]