Owen graduated from the University in Summer 2013. 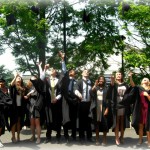 I’m sure you’ve seen the frankly delightful photo of me and Harriet all robed up outside De Montfort Hall! Anyway, as she said it was a rest day and we’re both now toddling off to do…a bit more education! (Just can’t get enough).   Anyway, here’s a photo of me and my course throwing some […] 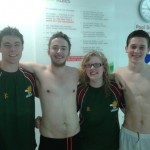 With exams done it was time for us to live like Freshers again and do all the fun things that uni has to offer for one final time. After a couple of nights out following exams, including one where you’ll see probably more of the people you’ve met at Leicester than any other (the after […]

Like Harriet I have now sat my final Final!! Obviously this is exciting, but I realise a lot of you are A Level students who are still busily brushing up on the intricacies of 19th Century Russia or the Great Gatsby so won’t go into too much detail about how freedom feels. Instead I’ll give […] 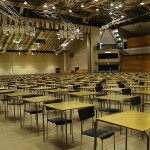 Today I had my first major exam of this most glorious time of the student year, summer exam season. It went OK and now I have a mere 6 more to go! I fear I’ve become so accustomed now to having my entire year’s performance being based upon a few weeks in May and June […]

Uni: How to do it, by a Final year

Given I’m about to graduate I thought I’d do a post for those of you about to come to Leicester in September. First off, I am quite incredibly jealous of you right now. In fact, if you were to offer me the chance to swap places with you I would begin bidding with the option […]

Afraid I got a bit distracted by the French law evening last week, but will finish off with accommodation this week!   Beaumont Beaumont catered is split into two main parts, Old Court and New Court. Old Court is made up of slightly smaller blocks (4 of around 30, one of 12) and has ‘pod’ ensuite rooms, […]

Slight diversion from the usual themes this week, but thought I’d do a post on a careers evening we had recently. Due to the introduction of the new Law with Modern Langs courses, in order to avoid restricting the joint degree to simply to Francophones,  the Law with French Law course is no longer available […] 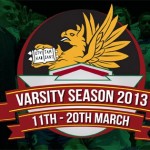 This weekend was the first of many ‘lasts’ of my time here at Leicester. It’s quite sad to think there are so many things which I’ve enjoyed so much and which have made my time here so brilliant but I’m so glad I’ve had the opportunity to do them. The weekend itself was as good […]

Leicester: How it stacks up, Part II

OK, now the second part on how Leicester compares to the other unis you might be thinking about going to. Again, nothing compares to seeing them for yourself, but hopefully this should help a little. Nightlife: Leicester is pretty good for nightlife. It is in fact the tenth largest city in the UK and I […]