Take everything you see with a grain of salt

In the tumultuous time that is revision and exams (1 down, 2 to go!!), I was having a spontaneous late-night chat with my housemate the other night. We chatted about various things, but the last thing she said really struck a chord with me. She told me that, in reading through my blog posts, […]

It’s the last week of revision, before exams start, so everyone is in panic mode. But, have no fear – I’m here to help! Thought of the day: take good care of yourself and revision will fall into place. All you have to do is suffer through these next few weeks, and then summer officially […]

After a tough Hustings and a week and a bit of campaigning for the new Law Society elected committee positions, on 17th March 2017, we found out the results. I skimmed through the post on Facebook with eager/nervous anticipation. My thought process was as follows (or something like it):   Okay, here we go. […]

Even if you fall on your face, you’re still moving forward

This is my favourite quotation; it was said by Victor Kiam, who was an American entrepreneur and also owned the New England Patriots at one point, if you’re a fan of American football. The quotation just resonated with me the first time I came across it, which is quite rare for me because I consider about […]

What do students eat??

Students are an exceptional species of human. We have voluntarily left the comfort of home-cooked meals only to find ourselves fighting for survival. We must learn to cook our own meals, and this means more than just pasta, because pasta can get really old, really quickly. Plus, you can only order Domino’s so many times in one week […]

2016 has been a crazy year, to say the least. I’m finally studying a subject that I genuinely enjoy studying, I’ve met people who I’m absolutely grateful to have in my life, and I can feel and see myself changing in ways I’m really happy about.   Whenever January 1st comes around I never make […]

Now that term one of this year is over, I’ve been reflecting on this past term and I can confidently say that it has been one of the hardest few months of my life (side note: this is my fifth year of uni, so that’s saying something! Yeah, yeah, I know I’m old, I’m over it). […]

The Puzzle of Motivation

Motivation is pretty difficult to hold on to; it slips through your fingers like sand. The Oxford Dictionary defines ‘motivation’ as the ‘desire or willingness to do something; enthusiasm’. But it’s more than that, isn’t it? It’s more than just simply having a desire or willingness and being enthusiastic about something; you truly have to have […]

Feeling overwhelmed? Don’t worry – so is everyone else

It’s that time of year. It’s officially November. Which means, it is time to start celebrating Christmas!!   That’s right, whoever told you there’s only 12 days of Christmas lied to you, because there are, in fact, 55 days of Christmas.   Just kidding! Sort of.   Yes, that’s right, I am one of those […] 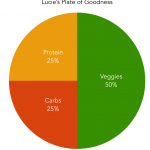 How I keep fit and stay healthy at uni, Pt. II

My last post was about how I stay healthy and fit at uni (as much as possible); I’ve split up the post so that it’s not a gigantic one (because clearly, I have a lot to say on the subject), so let’s get right into it!   I think we can all agree that cravings are […]