For second year students at the University of Leicester, this is the time of year where they have to start thinking about which modules to select for their final year of study. Below is an overview of the compulsory and optional modules I chose, which will hopefully provide you with a better insight on what to expect in […]

Picking up from where I left off during my last post in October and I was in the midst of preparing for UNICEF on Campus’ annual Halloween Bake Sale. I am happy to announce that it was another successful fundraiser where our efforts paid off as we managed to raise over £220 for UNICEF UK!! As […]

I imagine that I am not the only one sighing with relief as the the big question of Scottish Independence, that dominated the news over the past few weeks, has finally been answered. I remember that I studied Constitutional and Administrative law (also known as Public Law) in my first year when the prospect of a referendum […] 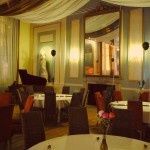 Earlier this year in March, the UNICEF on Campus society hosted a 1920s themed ball. It was an amazing night where countless months of hard work and planning with the rest of the committee members led to a successful night to remember. From fabulous performances by the DanceSport and Burlesque societies, being able to enjoy […] 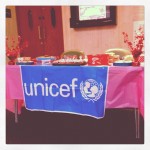 It dawned on me today that I did not tell you about the bake sale we organised two weeks ago to commemorate Valentine’s Day. Looking back at a few posts from last year, you may remember that as well as being a law student, I am also Vice-President of the UNICEF On Campus society. So, as it […]

Hello! I hope that everyone had a good Christmas. I guess it was fun, even though I spent most of it recovering from a self-induced food coma! The song that was overplayed in our kitchen was George Michael’s ‘Last Christmas’ and it started to inspire this week’s blog post. What was I doing during […]

On with the second Flashback Friday of the month and I am taken back to a very bizarre occurrence that happened last year… There I was, sitting in my favourite place at the University of Leicester – the Student’s Union. I was hoping to finish some of my Contract Law reading when I was approached […] 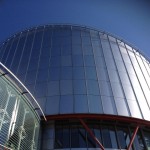 Bonjour everyone! I’m sitting here, having a break from planning an incredibly detailed Family Law essay because my mind did one of those peculiar things where you start spacing out and reflecting about life; the past and the future …           (Yes, you are not the only one who does this!) […]