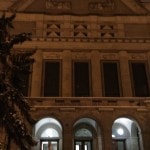 After a pretty stressful Christmas holiday consisting of practically non-stop studying punctuated with a grand total of 2 evenings out with my friends from home, the day of our long awaited Frankfurt Summer School reunion was finally upon us! We decided to meet in Prague; the city in which one of our group studies Law […]

A Babel Fish for Christmas please!

The ingenious author Douglas Adams introduced me to these marvellous (and sadly fictitious) creatures in his book ‘The Hitchhikers Guide to the Galaxy’. Its defining characteristic is that it is able to bestow upon an individual the ability to understand any language, simply by putting the creature into their ear! Taking part in language lessons […] 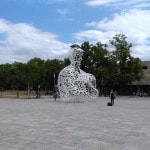 Following on from my previous post, I thought I’d share with you some thoughts on my first week studying at the Goethe University in Germany. With the sun shining down on us during the past week, my ‘Summer of Knowledge’ has gotten off to a great start! We have already covered several topics, from Legal […]