A Babel Fish for Christmas please!

The ingenious author Douglas Adams introduced me to these marvellous (and sadly fictitious) creatures in his book ‘The Hitchhikers Guide to the Galaxy’. Its defining characteristic is that it is able to bestow upon an individual the ability to understand any language, simply by putting the creature into their ear! Taking part in language lessons […] 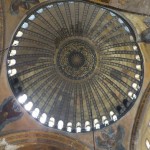 I can officially say that my second year at the University of Leicester is in full effect … probably because I have started reading about Land Law! Now, I am aware that the rumour swirling round is, that that Land Law is terrifyingly difficult and the most mind-numbing module that you will have to […]