As you might have already heard me say in some of my previous blogs, at university there are plenty of opportunities were one can gain some work experience/part time jobs. So in this post I thought I would describe some of the things that I’ve been involved in over the last three years. Hopefully it will give you some ideas of what’s out there and where to be looking for them.

1)      In my first two years at university I worked with the Alumni office as an Annual Fund Telephone Caller. I had heard about this vacancy through an email sent via my department and as far as the job description was concerned, the role required students to ring past graduates from our university. We were a group of about 20 students across various years and were able to choose to work three times a week from 6 – 9. When we called the Alumni, they were usually from the same department as each of us, in other words, I would mostly be calling people that had graduated from the Management school so as to be able to talk to them about something we had in common. Our aim by calling these alumni was to firstly update the databases on their current whereabouts and secondly to secure some funds for the Hardships and Scholarships awarded by the institute.

2)      I’ve also worked as a Student Ambassador at university were my role required me to provide campus tours to prospective students and answer any questions/queries they might have about coming to university. I heard about this role via an electronic bulletin every student receives on a Monday to their university email ID inbox.

3)      In my third year I was also part of what is called a Student Communication Team (SCT). My aim here was to market the university’s Career Service to the students. We helped organise the careers fairs, handing out of information on the various workshops held for the benefits of the students and analysing feedback to see how things maybe improved for future marketing purposes. I thought this role was actually quite interesting because it had relevance to what we were studying on the marketing side of the management degree.

4)      Finally, I was also a Brand Manager. This was the only role that was based on the university campus but not as a university employ. I got an email, again via the department, about this role with a company called ‘Campus Industries’.  What I was responsible for once again was the marketing of newsstand brands such as Economist, Guardian, Cosmopolitan magazine etc. to students. This in my books also meant I got some business relevant experience.

The above are just some brief examples of what I did, what’s out there and where you might want to be looking if you fancy work experience/part time jobs. If you would like any more information then as always just comment back on this post and I’ll try and answer your questions to the best of my abilities. Other areas that you might want to seek out and are probably more obvious is just going and asking staff at the student’s union shops or bars. My one piece of advice would be to make yourself heard. Send in CV’s, contact relevant people and just read all your emails really.  The latter actually proves to be very successful! 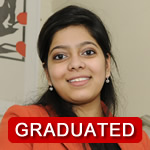 Samyu graduated from University in Summer 2012 and is no longer blogging for this site.