Resolution for 2017: Be an entrepreneur, or work for one

Posted by Ismail in Management on January 8, 2017

With the start of each new calendar year, millions (or hundreds of millions) of people around the world feel a renewed energy and resolve to make the new year better than the previous one. Health club memberships increase exponentially, and the first few days of the year are alive with banter about what bounties potentially lie ahead.

Often, much of the hubbub concerns career prospects – finding a new job, taking a training course, or going back to school. However, what with the global economic uncertainty as of late, fewer people are willing to risk the uncertainty of entrepreneurship versus the stability of a job. Sadly, they are mistaken in their assumptions.

Generally speaking, entrepreneurs contribute about 80% of GDP in G20 countries, through small and medium sized businesses. In times of economic instability, there is also a significant amount of job instability. In fact, if you are unemployed during an economic crisis, you should prepare yourself for a long wait. For example, I have a cousin who graduated with an engineering degree from Cornell University. His Ivy League degree got him a good position at a mid-sized firm in New Jersey. Unfortunately, after only 4 years on the job, the sub-prime mortgage crisis of 2008 threw everything off kilter. He lost his job, and for the next 4 years, he was unemployed. With a new wife in tow, he exhausted the inheritance funds he’d accumulated after both his parents died, and proceeded to have 2 babies of his own in the interim.

I implored him to use his technical knowledge and cash to start a business, but, as he was looking for a quick payoff, he demurred. Weeks turned into months, and months turned into years. In the end, he eventually got a job that paid him less than the one he’d lost, and now he is struggling mightily to make ends meet.

I know everyone doesn’t have the heart to take on new challenges in times of uncertainty, but the innovation that breathes life into entrepreneurship is what drives both change and the economy. When you are an employee, your job is to do what your boss tells you to do, in order to make him as wealthy as possible. Rarely is compensation commensurate to effort and talent. In economic downtimes, employers tend to exploit available talent by offering lower compensation packages than they would in a strong market environment. Excuse me, but I thought only elephants worked for peanuts.

If you are even slightly considering starting a business, do it this year. Entrepreneurship is not only a key driver of the global economy, but it is also a means by which you can express your own ideas and engage your passion. I’m not telling you to quit your day job. Contrary to popular belief, you can transition into business ownership as a sidepreneur. This can give you enough time (and the financial safety net the risk-averse require) to learn your market and tailor your product or service offerings accordingly.

On the other hand, if you are so risk-averse that the thought of running your own business frightens you, it’s OK. The next time you are looking for work, remember there is probably an entrepreneur willing to hire you. 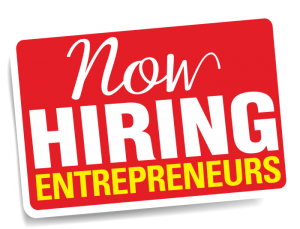 Hi, I'm Ismail. I'm an American living abroad while trying to figure out what I want to be when (if) I grow up. I love sports, particularly American football and martial arts, and when I'm not working at one of my four jobs, you will likely find me in the gym lifting really heavy stuff. I'm a distance learning MSc Finance student, and I'll be happy to share my journey with you while trying to maintain some semblance of sanity.