Now that exams have come and gone and we’ve all had more than our fair share of fun in refreshers, life in Oadby seems to have gone back to normal again as we all ease ourselves into semester two.

I’m lucky enough to have been given the option to sit my second year at one of UoL’s many partner Universities in the USA and now is the time when we all begin our application process and start to over-excitedly search Lonely Planet and plan routes for road-trips that we will never be able to afford. The maths department gave us a choice of 8 Universities in the USA as well as the Erasmus year in Europe that most departments offer. I’ll be spending my year at Kent State University in Ohio and even more luckily I’ll be joined by my two best friends in Leicester! 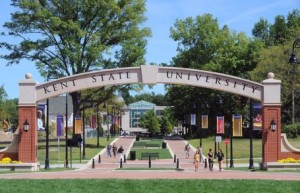 So we’ve spent the past week obsessively searching #kentstateuniversity on instagram and getting overly excited and ambitious. “Let’s join the cheer squad… with all of those gymnastics skills that we don’t have…” 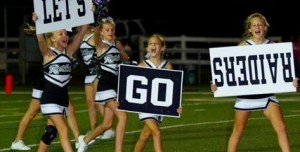 But as exciting as it may be, the prospect of spending the next year of my life (including my 21st birthday!) almost 4000 miles from home is pretty daunting too. Having taken a gap year and spent the majority of it abroad, I’m no stranger to homesickness. But to me, the knowledge that I’ll be living in a different country for an entire year makes me more nervous than arriving alone in a Masai village in the middle of Kenya did. Having said that, the application process has so far been straight forward and we’ve received a lot of support and information both from our partner university and UoL’s International Office making sure that there’s no additional stresses where there needn’t be.

I’ve also decided to apply to work for Camp America this summer so that I can ease myself in to the culture and do a bit of exploring before I begin my second year studies, and yesterday I passed my first interview, yay! So right now I have  a lot to be nervous/excited/stressed for on top of weekly assignments and Shakespeare plays and exams in just a couple of months but in a way I feel like I have real motivation to keep me going (aside from the obvious motivation of graduating…) even when I feel like watching an entire series of Game of Thrones in one day.

So is anyone else thinking of taking a year abroad? Or maybe you took your year abroad already and wish somebody told you to “…” before you went? Comment below if you have any questions/advice.