For a Leicester student, the month of March means a few things:

1. The end of the second term. Deadlines everywhere. Crying into your coffee in the SU and your sneaky energy drink in the library. Many cries of ‘SEND HELP’, followed by a trip to the pub moments after the deadline, or crawling into bed because you’ve not slept for a prolonged period.

2. Spring has arrived. A friend of mine recently walked out of her front door wearing a hoodie, noticed the sun and ‘warmth’, and exclaimed “OH MA GAWD, IT’S SPRING!”

3. Varsity. The biggest sporting event in the university calendar; we face off DMU in a multitude of sports. This year saw us beat them again with 31 wins to 10. The entire Varsity season sees Uni of Leicester spirit high, and banter between the universities at its strongest. For the first time in my Leicester career, I was actually involved with sports club for Varsity, so here’s a peek at rugby varsity behind the scenes…

Rugby Varsity is usually one of the biggest events during Varsity season, and you can see why; it’s played at Tigers Stadium on Welford Road, which is a massive privelege for the players, and makes the atmosphere even greater. Undefeated for 11 years previously, Wednesday 18th March 2015 saw ULWRFC take it up to 12 years in a row, with an impressive 45-3 victory against the DMU side. Whilst I didn’t make the squad, the whole day was a club event. We’d done a lot of work in the run up, selling tickets, making our promo video, training hard, (and getting traditional pre-Varsity spray tans); so this was the day where it all came together.

The morning was our own, as such, and I spent mine with the team captain and the club captain. We watched the DVD of the Lions Tour (our club captain’s motivation ritual), whilst they tried to stay relaxed. They did pretty well until about 1 o’clock or so, and then a certain amount of pacing and nervous chatter ensued.

At 3 o’clock the squad, other members of the club, family, friends and coaches all met at the Loaded Dog, for pre-match food. For the non-playing club members, this meant the end of our one month drinking ban, so it was cider and black all round. We’d been sober as a whole club for a month, in aid of The Laura Centre; a bereavement charity helping children who have lost parents, parents who have lost children, and families dealing with terminal illness. It was a cause close to many of our hearts, and at the time I’m writing this, we’ve raised over £850. (Our fundraiser is still live for just under two more weeks, so if you would still like to donate, you can do so on our BT MyDonate page.)

As well as pre-match food, (and pre-match hair plaiting), we also had kit presentations. Non-playing girls got their club ties (to be worn with black shirts and skirts/trousers), and for the players, they recieved a kit pack containing their ties and playing kit. The playing kit had been a secret for everyone except the kit sec and club captain, packed in secret and adorned with some stickers I’d designed, so this moment was highly anticipated.

At 5 o’clock, the players and coaches went off to the stadium to change and warm up, with the rest of the club, and friends and family following them at 6 o’clock, for the 6.30 kick off.

The entire game was spectacular, with tries by Captain Jess Wells (2), Anna Stephenson (2), Emily Varnals (2), Lucy Hassall, and Vice Captain Ofure Ugiagbe, with Ofure also scoring a penalty kick at the posts, and one conversion. DMU got one penalty kick past us, but with 17 points in the first 15 minutes, the girls played an absolute blinder of a game. It was amazing to be in the front row of the terrace screaming them on, and seeing all of this season’s hard work paying off. 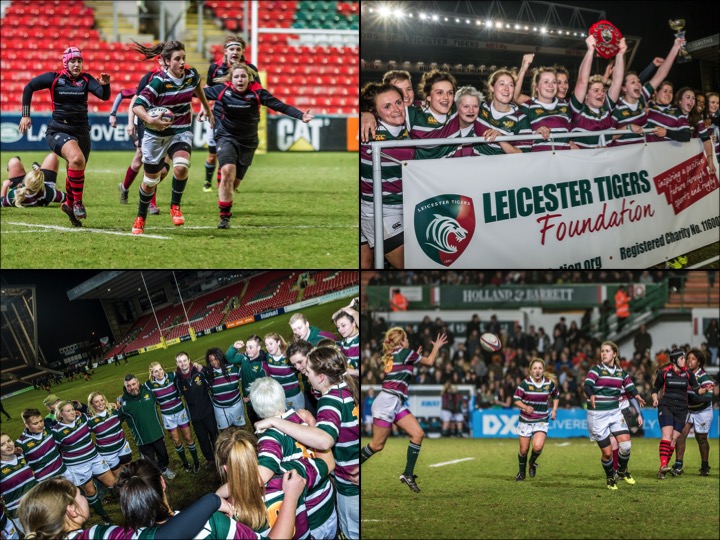 As well as spectating, I got a chance to live-tweet from the club account for half the game, and then on someone else’s account when my phone died from all the excitement. The whole Varsity season saw live-tweeting from all the clubs, as well as quite a lot of Varsity banter and Varisty ‘shade’ tweets. There were so many, that The Tab combined some of their favourites in an article, and one of mine even managed to make the cut!

Varsity night saw us having food and drinks in the Barbarians Lounge at Tigers, then the Loaded Dog, and finally off to Lets Disko to celebrate a well-earned victory, and the end of the drinking ban for the players.

Overall, it was a brilliant day for everyone. There was many a hangover and a sore throat from cheering, and the players were aching, but it was 100% worth it for everyone involved. Now, the season is officially over, and we finished on a high- another Varsity victory, and we stayed up in the BUCS Midlands 1A League, for the first time in club history. It’s been absolutely amazing to be a part of this club, and I’m so sad to be leaving. (Or am I leaving? Despite what I said in my last post, my future plans might be changing. Ooooooh, mysterious! Keep your eyes on the student blogs to find out more!) 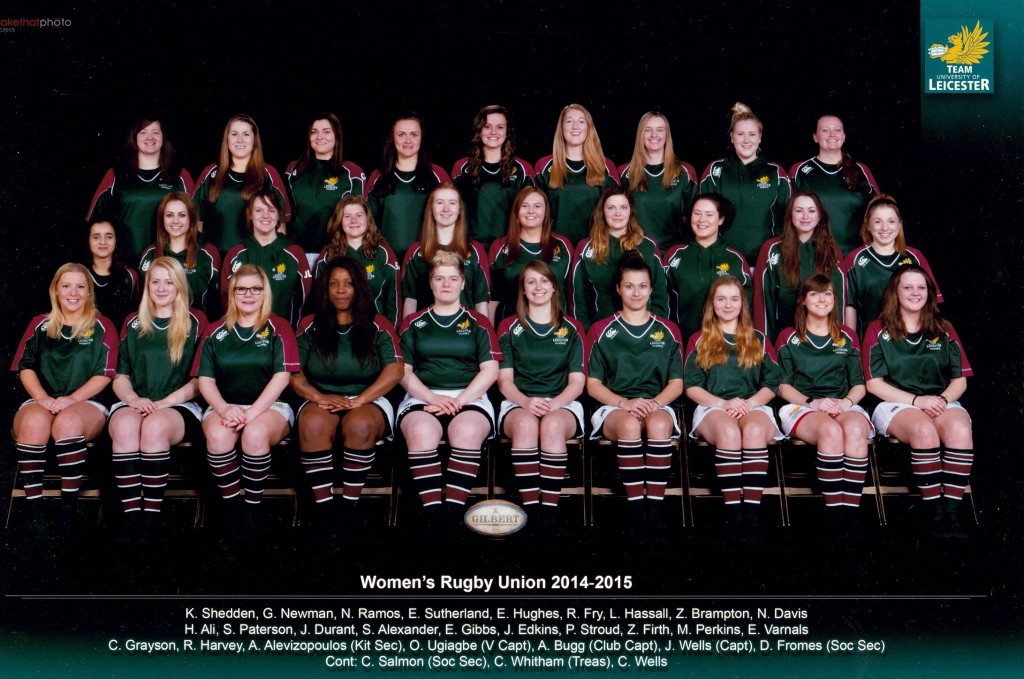 Until next time, all the best.