Hello blog readers! I'm Luke and I'm in my 4th year at Leicester studying for my Masters in Maths. During my final year here, I'll be writing about the exciting life and times of a student trying to complete his degree while taking part in as many society and club events that he can. So if you have any Maths-y sounding questions or if you just want a fun read while you take a break from working, hopefully you'll find something you enjoy. 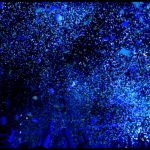 How Coldplay will help me remember Leicester

As all good things must come to an end, so too must a very mediocre University blog. But before I leave you all, I would like to share a final message about what I’ve learnt at University and my time living in Leicester…through the medium of noughties alternative rock music.   So I’m guessing that […] 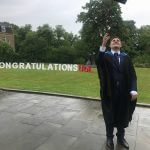 “You couldn’t have picked a worse a day for it” was something I heard quite a lot on my graduation day. Not that the rain could put a damper (literally) on what was a special day for everyone, but an hour of nice weather would’ve been appreciated. And not since a childhood picture of me […]

In the last post we talked about how we normally engage with Maths in terms of media portrayal and social media interaction. But if we look at the research going on right here at the University, we can see the impression a great passion for Maths can leave.   Dr Sibylle Schroll (one of the […]

If you try typing “Maths” into the GIF finder on Facebook, you’ll probably find the “Zach Galifianakis from the Hangover card counting scene” that you see dotted all over Twitter. So a pretty realistic interpretation of what you can expect to achieve with a Maths degree then.   But in a wider sense, this only […]

Back once again for the renegade Masters (Sadly not the Fatboy Slim remix).   It’s been a while since the last update but I’m heading towards the end of the project, and my time at University. So I thought I would give you all one last account of my experiences studying and researching for my […] 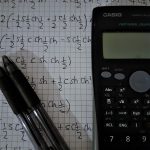 Pi in the sky

On March 14th (Or 3.14 to all the American readers) every year, Mathematicians take some time away from their high paced, all action lives to celebrate Mathematics and the wonder that is Pi. And what better day of the year to try and encourage any budding Maths lovers to pursue their passion into University.   […]

Posted by Luke in Mathematics on February 28, 2017

“Well we’ve got lectures in the Attenborough and Engineering building in the morning, and then a seminar later on in the Bennett Building”…   This is pretty standard for us so you’ll often see groups of Maths students wandering aimlessly around campus, trying to work out where their next teaching session is. So I thought, […]

Posted by Luke in Mathematics on February 9, 2017

That’s right, it’s another corker of a title. Anyway, as a once starry-eyed medic, most of my friends in first year were also on my course, so naturally I’ve spent most of my time in Leicester living with medical students. So I thought I should share my wisdom and findings with the world as I’ve […]

And we’re back! It’s been a while since my last post but it’s a new year, so it’s a new chance for me to promise a lot and deliver a little.   So after part 1, I was bunkered down in the library. I have occasionally managed to surface, where I’ve realised the challenges a […] 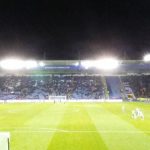