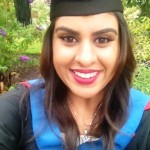 The One Where I Graduate

I’m a Graduate. It’s so crazy the whole thing (even two weeks later) still feels very surreal, I guess it’s like with anything – you don’t just wake up the next morning and feel like you’re a completely different person – it just kind of hits you one day when you look back on […]

Everything you’ve always wanted to know

Why was six scared of seven? Because seven eight nine. It’s always useful to have a go-to joke up your sleeve, especially when the possibility arises (i.e. university) that someone might just randomly ask you one day to ‘tell a joke’ to which you don’t want to be the one who replies ‘I can’t think of […]

They think it’s all over…

… it is now! No I’m not referring to England’s last football match where they were crowned world champions (almost 50 years ago!), or to England’s World Cup 2014 dream being over – you can assume from here on in that nothing else to be mentioned concerns footie – but to my time at university. […]

Like a tin of well-known fence paint, this post will be about what the extremely imaginative title suggests. In the midst of (I wish I could say hardcore but that’s definitely pushing it… a lot) revision, I was just thinking about life when I realised, it’s actually still vacation time for the university! With the […] 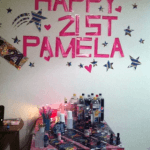 Home sweet home! Sad to think that next time I return home for more than a weekend I won’t be returning to Leicester after (cue tears) and from my last few posts, you can tell I’m not overly excited about the end of university life as it really is, the experience of all experiences. Having […]

Beginning of the End

Tomorrow is the last week of term!!! Still in utter disbelief about how fast my time at university has gone, reading Natasha’s post reminds me of how long but not long ago first year was! Having received our graduation date, this has set the ball rolling in tying up loose ends, whether that be work-related […]

Posted by Pamela in Mathematics on March 4, 2014

Woohoo! It’s Shrove Tuesday, aka one of my favourite days of the year and with three weeks left until we break up for Spring holidays, I can’t help but feel a mixture of emotions about my time at university and Leicester coming to an end. We passed the halfway mark in the semester last week […]

Posted by Pamela in Mathematics on February 14, 2014

Wooooohoooooo yippeeeeeeee yayyyyyy! 🙂 🙂 🙂 🙂 🙂 Just a fly-by post – this above is currently how I am feeling about life! There I was yesterday, minding my own business on the bus, only to look at my emails and see an email saying ‘your module marks are now available’. It’s always really scary getting […] 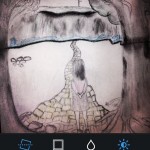 I’m coming out of a thick forest and I see the mass of trees thinning out. As I edge further out my eyes begin to adjust to the light and see what’s coming up ahead. It’s the edge. The edge of life as I know it. Deep in the ravine is a gushing river […]

The art of procrastination

Posted by Pamela in Mathematics on January 18, 2014

I see no better time to write this post than when I am putting off revising for my final exam this Monday. In fact, we could construct a Logistic regression model to find the longest time interval I can put off studying for – see, revision pays off when you can ‘theory-drop’ into everyday conversation. […]