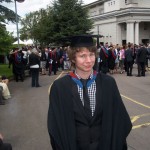 Posted by Toby in Mathematics on August 1, 2012

“Where have you been Toby?!” I hear you cry. Well, never fear, I’m still alive, I’ve just been a very busy bee lately. As the title of this blog suggests, I have GRADUATED. That’s scary, isn’t it? It feels like 3 years of my life have just slipped away before my eyes. That being said, […]

Last Sunday was the annual Leicester University Theatre (LUT) Oscars, in which awards are given to represent various accolades within the society. We all dressed up very smartly and headed down to the Belmont Hotel for the awards. The theme was masquerade so we were all asked to wear masks. I’m somewhat prolific within the […]

After many weeks of stressing and lots of students making the library their second home, exam season is finally over. As the University of Leicester uses the semester system, many students have exams in both January and June (myself included) and each exam season typically lasts 2-3 weeks (yeah, I’m not sure how they fit […]

The Holidays Are Over! :(

So, it looks like the Easter holidays are finally over and everyone’s starting to trickle back to Leicester for the last term of the year. It’s always weird being away from Leicester for so long over the holidays, 5 and a half weeks seems like an awfully long time for an Easter holiday, not that […]

Unlike secondary school and sixth form, it is often the case that pretty much every university has different holidays of varying lengths. At University of Leicester, for example, we get pretty much exactly a month over the Christmas holidays and about 5 and a half weeks for the Easter ones and an even longer time […]

I’m A Broke Student, Get Me Out Of Here!

The last week of term has just ended and spring is well and truly upon us. I’ve already heard people saying stuff like “Ah man, I’m a student I can’t afford hay fever medication!” – The poorness of students is like a running pseudo-joke in the sense that it’s kind of funny to say “I’m […] 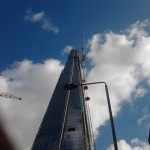 I actually can’t believe how quickly this term has gone. I think there’s something about everything being relative which makes time seem to go faster the older you get. Something along the lines of how with every year that passes you have more and more previous years to compare it to and therefore they are […] 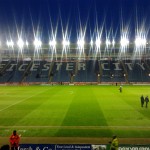 This week has been one of the rare occasions when I find myself with something to do EVERY day (besides lectures, of course). I’ll start with talking about the beginning of the week. Now, every year, usually during March, every competitive sport that both University of Leicester and De Montfort University offer pits their respective […] 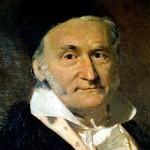 Posted by Toby in Mathematics on February 25, 2012

Results day is a day everyone dreads. I was in for a bit of a ‘pleasant’ surprise yesterday; after one student had asked the department when results were coming out and we were told it was the week commencing 27th February, they went online on the 24th. With results there are always rumours floating around […]

Posted by Toby in Mathematics on February 16, 2012

Okay, I know it’s a little pretentious naming a blog post after yourself, but I thought I’d tell you a little about myself before I start blogging properly. For starters, in case you hadn’t guessed it already, my name is Toby. I’m currently a third year BSc Mathematics student who’s originally from London. Often when […]