Posted by Dentrecia in Media and Communication on March 26, 2014 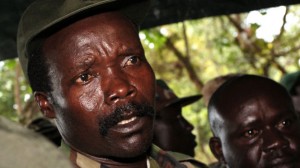 In 2012, I was awkwardly transitioning into using social media to creatively and effectively bring awareness to societal issues. I was in my second year of corporate public relations, struggling to transition from journalism to the public relations world, and learning powerful ways to make boring issues seem interesting to members of the general public.

I was browsing through my Facebook feed at the time, and stumbled across a 30 minute video about Kony – the African warlord who raped women, abused children and raided villages. I didn’t know who he was or of the atrocities that he committed until that video. The video was magical. It was a powerful combination of great story-telling, masterful video imaging and emotionally stimulating accounts of a problem, we in the Western world knew little about. It was brilliant. It pricked my heart and stirred me to want to take action against a real societal monster.

But as quickly as the hype began…it died…at least in my part of the world…and then the group that produced the video found itself caught in controversy…and experienced credibility crucifixion for legitimate reasons…and despite all the efforts…Kony still was not caught. I soon forgot about the cause, the hurting victims and the vicious villain Kony who was still on the loose.

Now 2 years later, in a more comfortable place in the PR field, browsing my Facebook feed once again, I read in the news that Obama has ordered 150 additional US special operations to hunt for Kony. My mind goes back to the viral magic that was created in 2012 by Invisible Children; my mind also drifts to how quickly my interest in the Kony case subsided after I clicked “like” and “share.”; my mind also thought of the million and one individuals around the world who are made excited over sensational news items and lose interest of the real issues as soon as the media stops reporting on the issue.

This mind wandering brought a few realities to my core…

Reality One: Campaigns die. No matter how brilliant they are…campaigns die…and it is the responsibility of publicists and humans behind the campaigns to package new means of keeping the cause and the issue alive.  Food for thought for PR specialists: After all the well thought out Public relations campaigns, how do we engage the masses into still caring for the issue?

Reality Two: We can only create so much and no more social change behind our gadgets by our likes, shares and tweets. In order for real issues to be eradicated, abolished or solved, real action must be taken. Making a difference involves sacrifice and getting our hands dirty in dangerous waters. Social media serves as a tool that should lead us into taking action to bring about social change. Food for thought for social media users, enthusiasts and addicts: After the million views, posts and hash tags, what happens to the cause?

Reality Three: The victims of these crimes…still hurt…even when the media coverage ends…. The pains of the victims do not stop when the cameras stop rolling or the headlines have changed, not even for a second.  The victims of these unfortunate crimes and acts still exist and live through nightmares…daily…despite the reality that the media and those who consume what the media feeds often forget their struggle. Food for thought for people in general: After the hype…do you still care about the victims? After you have been made aware of causes and deep issues that plague our global village what do you do differently?

Let me know if your interest in a cause waned as soon as the media’s interested waned? Let me know your thoughts on sensational journalism and emotionally charge public relation campaigns.

I’d love to hear from you!

Dentrecia has now graduated from the University of Leicester. Hi everyone! I am Dentrecia from the Caribbean island of St. Kitts, West Indies! I am currently pursuing the MA program in Communication, Media and Public Relations via distance learning! I am overwhelmingly interested in communication,media trends and issues surrounding women and emotional health. Join me as I juggle studies and an active career in Public Relations.