Can an act to tackle extremism, rob us of our right to freedom of speech?

Under the new conservative government, David Cameron is introducing a counter-terrorism bill which is set to include plans for ‘extremism disruption orders designed to restrict those trying to radicalise young people’ – Wintour, 2015. What this means is that any behaviour that is considered to be deemed as including ‘a risk of public disorder, a […]

The youth ARE passionate about politics!

Posted by Nia in Media and Communication on April 30, 2015

With the general election creeping around the corner (7 may is voting day remember!), myself and my friends have been discussing politics like nobody’s business. It’s great to be able to have intellectually stimulating conversations about a topic that really matters and truly effects each and every one of our lives. Being young individuals, we […] 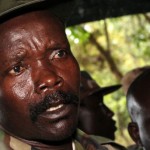 Posted by Dentrecia in Media and Communication on March 26, 2014

In 2012, I was awkwardly transitioning into using social media to creatively and effectively bring awareness to societal issues. I was in my second year of corporate public relations, struggling to transition from journalism to the public relations world, and learning powerful ways to make boring issues seem interesting to members of the general public. […]