Another week over, which means another dance competition complete. And let me tell you, it was the best one yet! 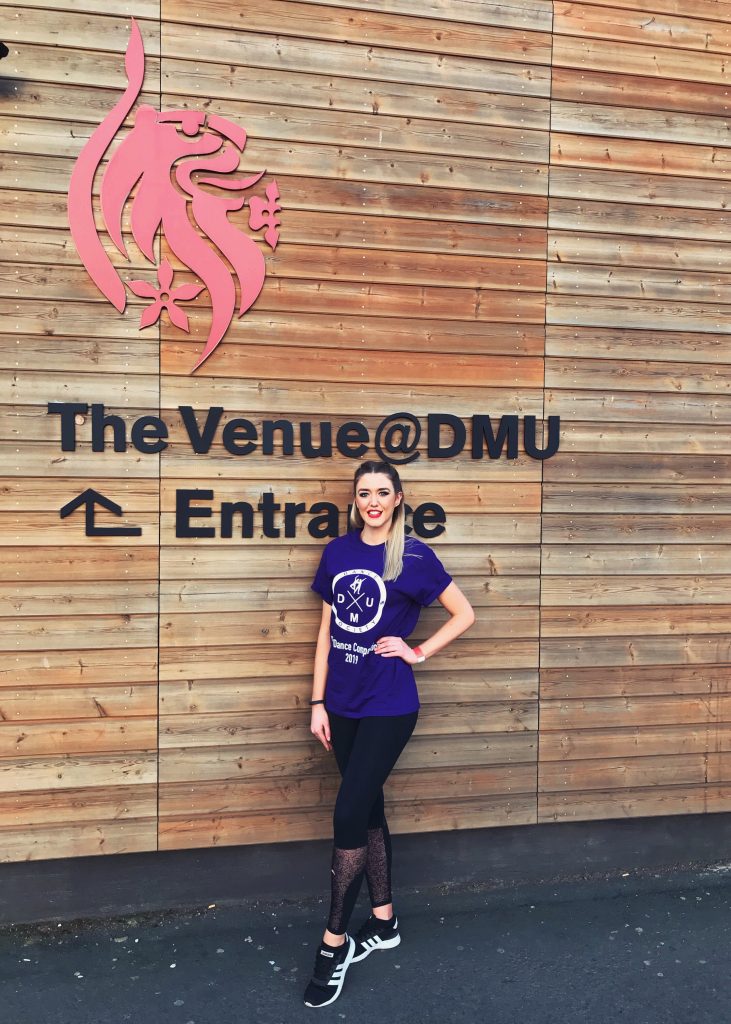 As you probably know by now, I’m a member of the Dance Performance Society at uni and have been for four years. I’ve competed in inter-uni dance competitions since first year, but, whilst the society as a whole have been successful in the past years, I personally haven’t been part of a dance that has won any awards…

UNTIL NOW!!!! And it wasn’t just one, but TWO AWARDS!! We performed the same dances as we did at Nottingham Trent Dance Competition and I was part of Advanced Contemporary and Advanced Jazz. We won 2nd place in contemporary and 1st place in jazz!!! I can’t even begin to tell you how good it feels to have finally won something. The Dance Performance Society won 12 awards in total, setting a new record for the most awards won at one competition. Some would say that we not only did well… but absolutely smashed it!

It was honestly the best day ever, full of lots of happy memories. My whole family came from far and wide to come and support me, along with my two housemates. I am so grateful to have such a supportive family and friends. It helped so much having them in the audience, knowing that they were rooting for me. My sister has a very loud cheer which is greatly appreciated!

The buzz that I got from performing was something else. There was so much adrenaline going through my body that I was shaking for a couple of hours after finishing our last dance! We performed the dances a lot better than we did at Nottingham; this was because the stage was bigger, so we didn’t have to worry about hitting each other, and we were all just a lot more relaxed the second time round. It definitely showed when we watched the videos back, there was a lot more emotion in the contemporary dance, whilst jazz oozed sass.

It’s so nice to be part of a society that supports each other to no end. We all wish each other good luck before going on stage and congratulate each other once we’ve finished. One of the best things is that we don’t take ourselves too seriously- if you go wrong, there’s no bad blood, we all just have a laugh about it (at each other most of the time). Life’s too short to beat yourself up about little things like that.

After hearing the results from the competition, I couldn’t stop grinning for the rest of the day, and for quite a few days after that. It filled me with a huge sense of achievement, not only proud of myself but of the whole society for how hard we’ve worked. It’s been a long time coming, but I’ve finally got there, and I couldn’t be happier with how it went.

Oh, and it doesn’t end there, we’ve still got one more competition to go! This will be our last one of the season and is taking place at Sheffield University in a few weeks’ time. This means that we’ll have time to polish up the dances a bit more and hopefully bring home some more trophies!

Until next time, keeeeeeep dancing!

Hey, I’m Kess, a fourth year Medical student, currently completing an intercalated Master’s degree in Medical Research. When I’m not doing uni work, I love spending time with friends and family, cooking (and eating), reading, going to the gym and dancing as a member of the Dance Performance Society. I love living in Leicester so expect to see a lot of posts about the best bars and restaurants in town, along with my personal experience of living as a student; plus a little bit thrown in about studying and how to survive the life of a Medical student!