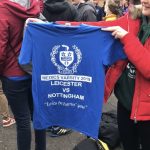 So, as a medical student, ever year you will compete in Medics Varsity, against Nottingham Medical School. We take it in turns to host the tournament and this year it took place in Nottingham. We get a coach to and from Nottingham, competing in all sports, including netball, sqaush, basketball, hockey and football. It’s a […]

Firstly, I can’t believe it’s March already! This year is absolutely flying by, but I feel like I’ve achieved so much already in just two months which is a great feeling. However, with it being March, this also means that it is the end of competition season… I can’t believe it! This season has gone […] 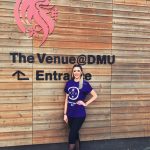 Another week over, which means another dance competition complete. And let me tell you, it was the best one yet!   As you probably know by now, I’m a member of the Dance Performance Society at uni and have been for four years. I’ve competed in inter-uni dance competitions since first year, but, whilst the […] 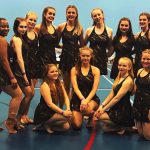 When I started uni, I joined the Dance Performance Society and it was the best decision I’ve ever made! They offer lots of different types of dance: contemporary, jazz, ballet and tap. There are endless opportunities to perform with the society, including competing in inter-uni competitions, which brings me to this vlog! It’s the beginning of competition […]

I have mentioned before that the student society which I have been most involved in throughout my time at university has been the Leicester University Asian Dance Society. This year has been a great one for us. As well as the weekly dance classes and multiple performances, we grew this year in many ways. We […]

Every year, the University of Leicester Hindu Society puts on a big ball, called DIYA. This is a great night with great food, entertainment and a dance floor with some great Asian music. The DJ was seriously on point this year. Some of the entertainment included the famous singer, Zack knight, Asian dance society and […] 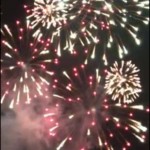 Being a student at the university of Leicester is great for many different reasons. One of these is being immersed into the extremely multicultural environment of the city. This is particularly apparent at this time of the year, DIWALI. Leicester hosts the BIGGEST Diwali festival outside of India! There is always a big celebration in […]

My Friday night – a very medic night out!

As a third year, I am becoming a little bit boring. In first year, it was normal for me to go out twice a week. Last year, it became once a week. Now, I only really going out when it’s somebody’s birthday. Don’t worry, I haven’t been working myself crazy – I’ve been relaxing a […]

For the new freshers especially, but also all students who want to try some thing new -it’s still the start of the year so I would definitely recommend joining some societies. Leicester has multiple to choose from and most cater for both beginners and experts in whatever it is. Im going to list what I […]

About to join Leicester medical school?

For all students about to enter Leicester medical school this September, CONGRATULATIONS! You have an extremely exciting road ahead of you. Here are some tips and things to look forward to in your first year. INTROWEEK – the LUSUMA society will really look after you and put on great events every night. Whether you love to party […]