The end of exams means that it’s time to do lots of fun things to celebrate! Last Sunday, my boyfriend and I went to Twickenham to see Rihanna perform in concert. For me, it was my 4th time seeing Rihanna as I am a big fan and have seen her on 2 tours previously and also when she performed at Wireless last summer.
I didn’t get many good pictures as we were sitting fairly high up in the stadium but the atmosphere was amazing. We were lucky as Rihanna was very punctual for her performance whereas it has been widely reported that she has been turning up hours late for other concerts. But my beloved Rih was on time and performed a 20 song strong set with many of my favourites. My favourite song was We Found Love but I also really enjoyed Diamonds which was the finale- Rihanna looked absolutely beautiful in a floor-length silver dress. 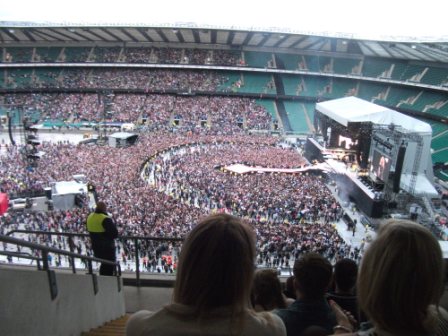 Although nowhere near to being as glamorous as Rihanna, I got dressed up too on Monday evening as it was the Students’ Union’s first ever Student Award Evening. I was really excited to go for this as myself and societies I have been involved in this year were nominated for some awards.
When we arrived, we were greeted with a glass of champagne and the team organising the night had completely transformed the Students’ Union that is usually filled with multi-coloured cosy sofas and filled it with over 20 tables decorated in gold and white. 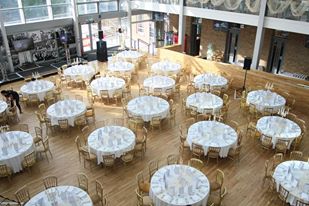 It was one of those perfect evenings with a delicious 3 course dinner and I was lucky enough to win some awards. I was the runner up Student Ambassador of the Year and I was part of the Committee of the Modern Languages Society who was named the Best Academic Society and the Baking Society who was named Best Recreational Society. I couldn’t have been happier and it was a magical end to Second Year. Fingers crossed that the exam results I receive next week will be as positive as these awards! 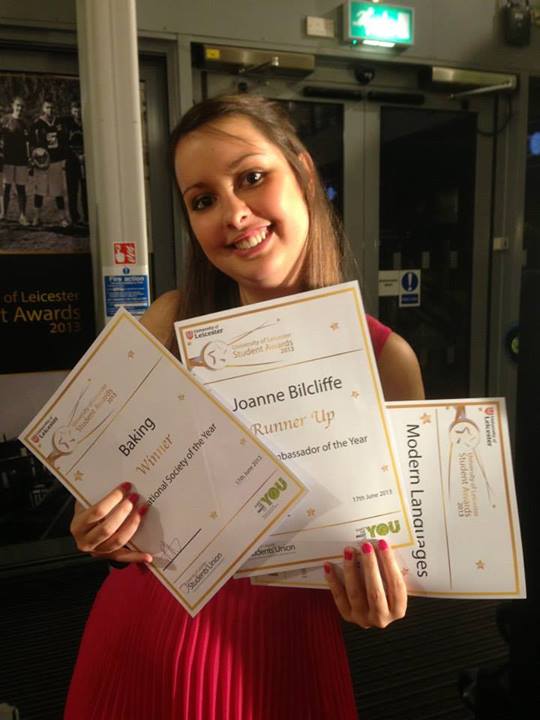 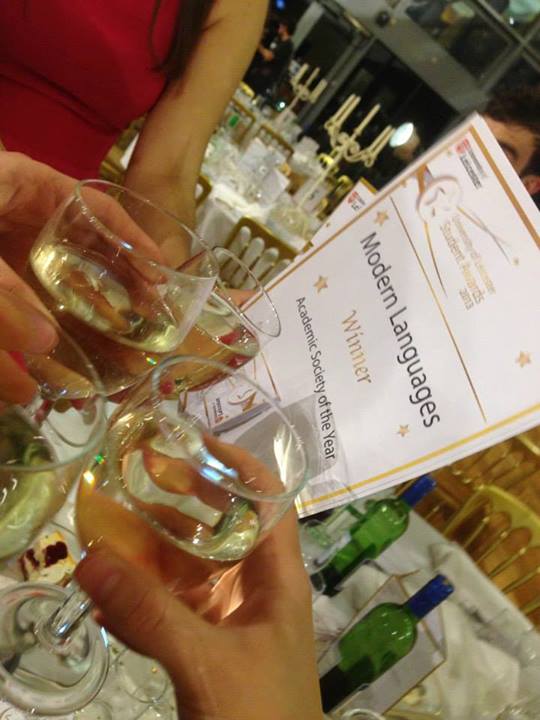