Have you seen Pulp Fiction? It’s a Tarantino cult classic that’s hard to forget with its copious amounts of cocaine, guns and bizarrely mundane dialogue throughout (there’s 5 minutes of screen time dedicated to a conversation about foot-rubs…). 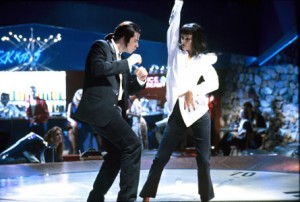 It’s a dialogue near to the beginning of the film that I wanted to talk about in this blog post however, because it reminded me of a conversation I’d recently had with a friend about the south of France having lots of similarities with the southern states in the US.

It’s the scene where Vincent (played by John Travolta) is chatting to Jules. They’re hitmen in Los Angeles, driving along in a Chevy Nova to a small apartment in order to snatch a suitcase and exact revenge for their boss.

Vincent: Do you know what they call a quarter pounder with cheese in Paris?

Jules: They don’t call it a Quarter Pounder with Cheese?

Vincent: Nah, man, they got the metric system. They wouldn’t know what the fuck a Quarter Pounder is.

Jules: What do they call it?

Vincent: They call it a “Royale with Cheese.”

Jules: What do they call a Big Mac?

I wanted to tell my friend how wrong he was about the south of France having lots of similarities with the southern states of the US. The US looks nothing like France. There are the small divides of language, culture and architecture. They’re worlds apart – about as far apart as brioche is from a bagel. 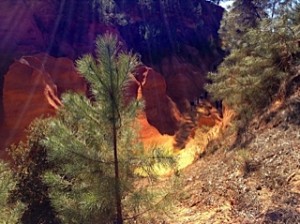 However, there are some geographical points of interest that are similar: the swamps of Camargue (les marais de Camargue) are similar to the Bayou of Louisiana, the spot where some Americans go alligator hunting. The south of France also has it’s own red canyon. Roussillon looks like it was transported from the Wild Wild West. It’s definitely not in the same proportions as the Grand Canyon, but it’s a miniature canyon à la francaise.

Culturally speaking too, the south of France has a hispanic vibe creeping over the border from Spain. If you go to Saintes-Maries de la Mer, there’s a stadium for bull-fights and it’s the home of French Flamenco. You can also find Camargue cowboys there, known as ‘les gardiens’.

Finally, those from the south of France speak with a distinctive nasal twang. The word ‘rien’ is pronounced [ʁɪɛ̃] in standard French (if I’ve remembered my phonetics classes well!). However, in the south you can often hear [ʁɪɛŋ], or riéng. The southern accent in France has the same connotations in the rest of France as the US’s southern drawl has in the rest of the US. An accent from the south of France is rarely heard in the news, politics or debates. Often it’s relegated to weather reports or sports commentary.

Eventually I had to admit he’s right about some things. There are quite a lot of similarities. The south of France might be almost as similar to the deep south as le Big Mac is to a Big Mac… But not quite.