Posted by Hannah in Modern Languages on March 2, 2019

There is much that the French do better than us. Bread, fashion, architecture… However, during my six weeks in Pau, I have noticed a tendency which doesn’t sit so well with me. The level of everyday discrimination, namely racial discrimination, that I have witnessed caught me completely by surprise. In fact, I have never before been so keenly aware of my own white privilege. 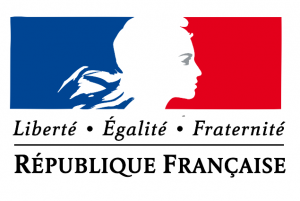 Even the simple act of going to the supermarket is complicated by ethnicity. While a store’s policy might be to search the bags of customers who pass ‘sans achats’, really it is only people of colour who are stopped. I myself often nip into the store while returning from class, backpack in tow, in search of a bargain. Whether I make a purchase or not, I haven’t once been searched.

When the only people who are stopped by airport security upon entering the country are those of colour, and when established policies only apply to those of ethnic origin, it is necessary to question the underlying ideology of a nation.

These double-standards aren’t just a backwards attitude that can be dismissed as harmless, they threaten the social integration of a significant portion of the French population by isolating them as ‘the problem’.

It is true that heightened French security is a by-product of the numerous terrorist attacks that they have experience over the past years- a total far greater than we have experienced in England- but does this justify the discrimination that I witness here on a daily basis?

In England last year, more white people were arrested for terrorist offenses than any other ethnic group. This suggests that the single-minded focus of French security on the coloured population is, in fact, the result of attitude rather than statistics.

Is the reality, then, that the purported values of freedom, equality and fraternity- the very foundation of the French state- are only extended to the section of the population that is white?