This week I visited Bordeaux; a city known for its wine (though I unfortunately didn’t have time to indulge in any while I was there). Two and a half hours from Pau, it’s perhaps the best-known city in this part of the country and for good reason. The city hosts its fair share of UNESCO Heritage sites, so many in fact that the tourist guide I picked up from the information centre had its own map dedicated to touring these monuments and attractions, something I spent a good part of my day doing! 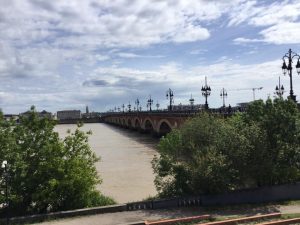 My day started off with a stroll from the train station to the city centre, a good 40-minute walk but one that took me along the river and past some of the main attractions in the city. It was by accident that I stumbled upon the first point of interest of the day, St Michael’s Basilica and its adjacent tower, one of two such structures in the city. As the basilica was closed when I got there, I made a note to return later and continued towards the centre. 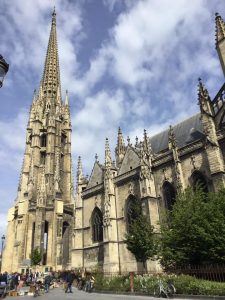 The second stop on my tour was perhaps the most impressive. Alongside the river you can find the Place de la Bourse and the water mirror that offers a unique view of this historic attraction, popular with the tourists who want to get the perfect picture of the square, reflected in the waters. I’m not ashamed to say that I joined them in this endeavour. 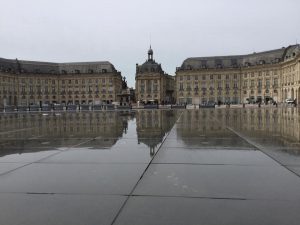 From there, it was up to the powerful Monument aux Girondins, dedicated to the inhabitants of Gironde who lost their lives during the French Revolution. The monument is composed of a 43m column, a top which stands a statue of Liberty, depicted breaking her chains. At its base, a fountain with statues of horses pulling a chariot. 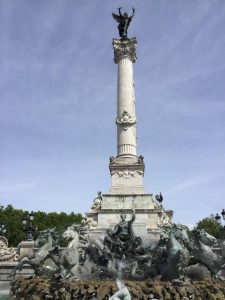 At this point, my lunch was calling, and I made my way to the nearby public park to enjoy a break from the business of the city. My afternoon was spent touring the remaining points of interest indicated on the UNESCO tour, a series of cathedrals, churches and the remnants of the original city structures, including two of the old gates into the city. 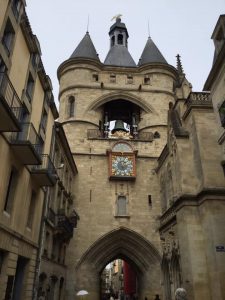 Finally, on my way back to the station to catch my train, I stopped in Victory Square to find the statues of the turtles, intended to represent eternity. Although I wish I could have spent longer in Bordeaux and explored some of the museums and the Cité du Vin, the UNESCO heritage tour is an excellent option for those with limited time who wish to learn a little of the city’s past while there! 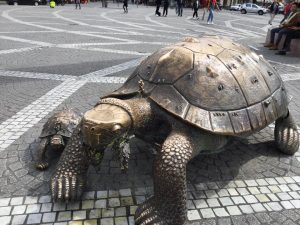