Posted by Katie in Modern Languages on August 31, 2014

Over the past few weeks I have been working hard on my placement report and 17 pages, 4000 words, 20 000 characters and goodness knows how many cups of tea later I AM DONE. As I opted for a teaching placement during my year abroad rather than an ERASMUS university placement, my year abroad is […]

Life in the Shire- Cows, BBQs and Results

In my opinion, I live in the best Shire in England- Cheshire! Having not been at home since early February, I was very excited to spend time here after my Year Abroad as even though it’s very quiet around these parts, there is no place like home. In-fact, one of the things that I was […] 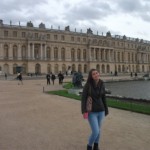 Last weekend, I went on a trip to Versailles to see its famous château. A great thing about the trip was that it was absolutely FREE to get there and to get in! As I have already said in my blogs, getting something for nothing in Paris is a rare and happy moment so I […] 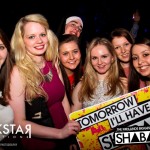 On Wednesday, it was my 20th birthday and the first time that I have ever spent a birthday away from home (as last year my birthday was during the Easter holidays so I was at home). However, I definitely enjoyed entering my third decade Leicester style! The day started with breakfast in bed (my favourite Sainsbury’s […] 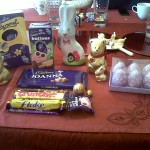 Happy Easter, everybody! I hope you have all enjoyed the day with your families, I know I certainly have. My apologies for being quiet on the blog front for a couple of weeks, I have sadly been unwell but after a short spell in hospital, I am on the mend and I vow that April […] 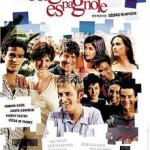 The blog title and link below speak for themselves! This was performed today outside our library and I’m sad to say I wasn’t one of the dancers as I had a class. But my fellow UoL students certainly know how to keep up with the latest internet memes in style. http://www.youtube.com/watch?v=LtN34Zh7aMI&feature=youtu.be 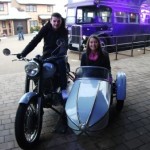 On Thursday I had my last (and first actually, I was one of the lucky ones!) exam. I was pretty happy with how it went as 2 of the 3 questions I answered were topics I felt confident on so fingers crossed when we get our results in around 3 weeks, I will be pleased. […]