Law with a Modern Language

Welcome to the Modern Languages student blog!   As this is my very ﬁrst post, let me talk about why I chose to study Law with a Modern Language at Leicester.   Currently, I am in my second year of a 4-year programme. Here at Leicester, you are given a choice between French, Spanish […]

My sister will be 24 in October, and for the first time she’s thinking about going to university. She wants to be a dietician. Knowing the nutritional value of foods is something of a hobby of hers. It’s a bit of a family joke recently that she’s gone barmy for avocados. This means we’ve been […]

I’m a complete and utter language geek. The sound of a foreign language grabs my attention, I swoon over polyglots and the prospect of a long and difficult translation gets me excited. I’m a language junkie. I am exaggerating …slightly. However, being a language junkie is nothing to be ashamed of: recent studies show that being […] 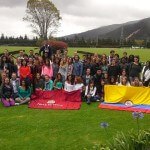 Hello! This is my first blog post so I thought I’d introduce myself to you all. I’m studying French and Spanish at Leicester and I’ve just finished my third year which means I’ll be heading back to Leicester for my fourth and final year in October. The third year of a languages degree is a […]

Posted by Katie in Modern Languages on October 24, 2014

Posted by Katie in Modern Languages on August 31, 2014

Over the past few weeks I have been working hard on my placement report and 17 pages, 4000 words, 20 000 characters and goodness knows how many cups of tea later I AM DONE. As I opted for a teaching placement during my year abroad rather than an ERASMUS university placement, my year abroad is […]

Keep Calm and Carry On

Posted by Katie in Modern Languages on August 14, 2014

I’m sure you’ve all guessed what this blog post is about. Today’s the day – A-Level Results Day 2014, for those of you who have just finished your A-Levels, this is the first day of the rest of your lives. I thought I’d take this opportunity to share my own experience as well as a few clearing […] 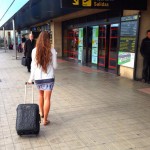 And so it begins!

Hello, I’m Katie and I’m thrilled to be taking over the Modern Languages blog from the very lovely Jo who has been blogging for two years and is also a friend of mine! She’s set the bar high, let’s hope I can carry on the good work…no pressure! As many of my friends graduate this week, […]