My first ever museum exhibition – on the way to probation

On 3 June my first ever museum exhibition was opened. It features the history of motor car trade in Hungary and it is on until 27 September at the Hungarian Museum of Trade and Tourism. This Museum has just been elected the 2014 Hungarian Museum of the Year. 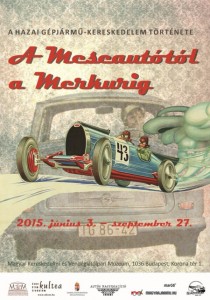 The translation of the title is: from Dream Car to Merkur – the history of motor car trade in Hungary. Dream Car is a very famous 1934 movie where a car dealership played a central role. Merkur was the state-owned car distribution center between 1964 and 1989. There are 23 text panels and a few displays. 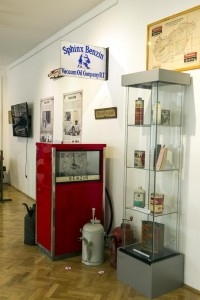 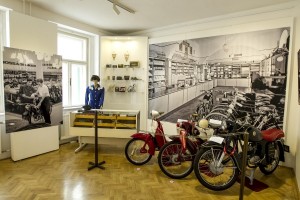 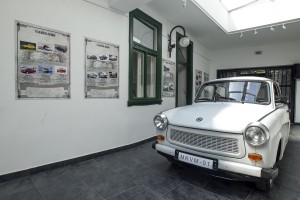 At the official opening I received a lot of praises. Here you can see Imre Kiss, director of the museum at left together with István Knezsik, the head of Autós Nagykoalíció, an auto industry body which is our main sponsor and yours truly 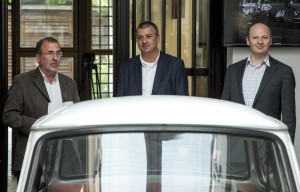 There is a second, adjacent smaller show with plenty of scale models 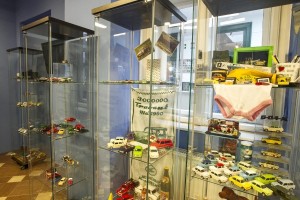 The exhibition runs until 27 September.

Elsewhere I was dubbed a “hard-core motoring historian” by a fellow Hungarian journalist, who referred to me in an article. This reminded me of my first personal meeting with Dr Ross Parry at the School of Museum Studies who highlighted the fact that my thesis will be about museology, otherwise I may well go down the road to the Department of History 🙂 Well, almost two years later we will see how this worked out during my probation on 25 June! I am not very anxious at the moment, but I am not very confident either. My context chapters are almost in order, but I still need to hone my museology skills.

But a very busy first-half year is finally drawing to a close and that provides some much needed relief.

I am a 40-year-old automotive industry analyst and motoring historian. I have written a few books, dozens of articles and I am maintaining two websites at the moment. I have been a lecturer at a Hungarian university for three years now - my topic is international and Hungarian motoring history. Now my next challenge is in front of you - a PhD on motoring museums. Let the journey begin.