This Saturday saw me running a cook-a-comet workshop at the university open day. During the workshop I recommended keeping an eye on the missions planned for the next few years, since it is the data from these missions you may be analysing a few years down the line. I thought I’d list a few on this blog – perhaps one will capture your interest!

Gaia will park itself 1.5 million km beyond Earth’s orbit at a spot called the L2 Lagrangian point. At this point Gaia will maintain the same position relative to the Sun and the Earth, ideal for space observation. From here it will gather extremely precise data on the positions and motions of a billion stars in order to create an accurate 3D map of the Milky Way. It is an ambitious project and using the data from Gaia we will learn a great deal about our home galaxy. On the ESA website Alvaro Giménez, ESA’s Director of Science and Robotic Exploration, is quoted as saying “Gaia will be ESA’s discovery machine”, so look forward to Gaia featuring a lot in the news in 2014! The mission will last for 5 years, giving you just enough time to complete your degree. Who knows, perhaps you will use the data from Gaia as part of your third year project.

For more information on Gaia click here to be taken to a ‘Countdown until Launch’ blog, which gives an interesting insight into the workings behind a mission.

BepiColombo is a mission to Mercury and the two spacecraft involved will approach the planet in 2022-23. The Mercury Planetary Orbiter and the Mercury Magnetospheric Orbiter will then proceed to investigate the origin of Mercury’s magnetic field whilst creating a complete map of the planet at all wavelengths. During the year long mission the spacecraft will be forced to endure the high temperatures that occur by being 48 million miles closer to the Sun than Earth. It is a complicated mission to one of the least explored regions of the solar system; this will be Europe’s first mission to the planet. Bring on 2023! 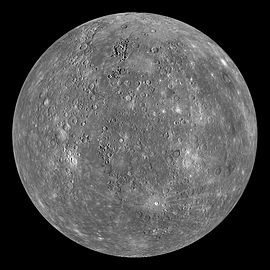 A composite image of Mercury taken by NASA’s MESSENGER spacecraft. The only other spacecraft to visit Mercury so far is NASA’s Mariner 10.

Where will you be in 2017? Perhaps you’ll be in your last year of university and contemplating a PhD. Or maybe you’ll be working on a graduate scheme, fresh out of university. Whatever you are up to, I’m sure you’ll hear about the launch of ESA’s Solar Orbiter. The mission will do pretty much what it says on the tin. It will investigate the Sun. However in so doing it could also answer fundamental questions on the origin of life, the workings of the solar system and even on the origin of the universe. The contract to build the Solar Orbiter was awarded to Astrium UK in April 2012, highlighting the importance of UK involvement in the space industry. Maybe Astrium is somewhere you would like to end up working for – for information on careers with the company click here.

The much-anticipated successor of the Hubble Telescope is set to launch in 2018. This mission began in 1996 as a collaboration between NASA, ESA and the Canadian Space Agency. The telescope will no doubt give great insight into the observable universe, just as Hubble has done. It will look far back in time at the very early galaxies forming after the Big Bang. I can’t wait to see the images; I always think looking back in time over billions of years seems like stepping into a science fiction novel. Just goes to show the universe is pretty fantastic without any help from our imagination!

I hope these missions are of interest to you, if you would like any more detail on the ESA’s past, present or future missions please follow this link. Please comment if there are any missions you have heard about and are interested in.