Space Plasmas – what have they ever done for us?

I just had a ‘Space Plasmas’ lecture on the interaction of the solar wind with the magnetic field of the planets. Space plasmas offer a very fascinating area of study and if you should choose to pursue the subject beyond your degree I hear it involves a lot of opportunities to travel too!

The jist of space plasma physics is this: it is not just empty space in the gap between planets; the solar system is broken up into interior plasma regions. Plasmas are ionised gases consisting of ions and electrons and are sometimes called the ‘fourth state of matter’ since they are formed from heating a gas. A source of plasma is the solar wind, expelled radially from the Sun. These charged particles hit the magnetic fields of the planets, resulting in something called bow shock and the formation of a ‘bubble’ consisting of a magnetosheath and a magnetosphere surrounding the planet. The diameter of Jupiter’s magnetosphere is larger than the entire Sun! 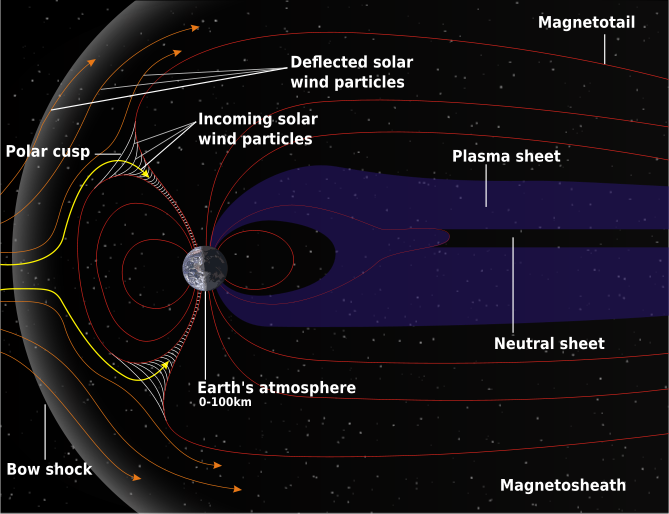 A photo of Voyager 1 in a space simulator.

It is plasma physics that is responsible for the beautiful Aurora Borealis, along with the protection of our planet from the harmful solar and interstellar winds. It extends from planets to entire galaxies! If you are interested in this topic and want to know what research is being undertaken by the Radio and Space Plasma Physics Group at Leicester University click here. 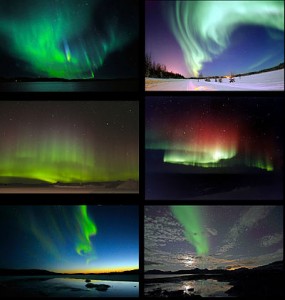 Wish I had the chance to go see the aurora!