The Science of Doctor Who 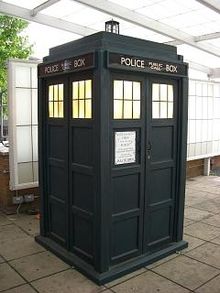 If you haven’t already, check out ‘The Science of Doctor Who’ on BBC iPlayer. Not only does it feature Rufus Hound falling into a black hole, but it gives a great introduction into special and general relativity along with Maxwell’s equations (you will become very familiar with these during your degree)! It is removed from iPlayer in five days so hurry up if you want to watch it!

To be taken to the BBC iPlayer site click here.

On a similar note, as part of the Journal of Special Topics my study group recently wrote a paper regarding the ‘The Impossible Planet’ episode of Doctor Who. In the paper we look at the closest stable orbit to a type of black hole called a ‘Schwarzschild’ black hole. This is a black hole that is uncharged, non-rotating and spherically symmetric. Interestingly, the ‘Schwarzschild solution’ of Einstein’s field equations (of general relativity) was found by Karl Schwarzschild on the Russian front line!

When our paper gets published I’ll provide a link to it, just in case anyone is interested! 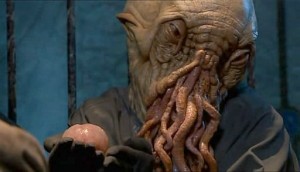 In case you were wondering, ‘The Impossible Planet’ is the first episode we meet the Ood.

I didn’t get the chance to watch Doctor Who over the weekend since I was working on my Advanced Study Project. I think I’ll settle down with some jelly beans tonight instead!

One response to “The Science of Doctor Who”