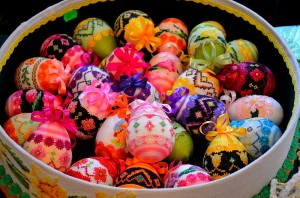 We’re two weeks into the second semester here at Leicester and my course is in full swing; lectures have started and I am immersed in project work. I am already feeling vaguely apprehensive about graduating, I don’t want to leave! There is something pretty amazing about getting up every morning and learning something new and fundamental about the universe. By the end of a degree in physics the way you view the world has subtly shifted, for the better I think! For example, yesterday I was sitting in a lecture on Quantum Field Theory (QFT) when my lecturer, Prof. Terry Robinson, said ‘we do not know what an electron is, we just know how it behaves’. That perhaps loses something when not said in context, it sort of sounds like a ‘there is no spoon’ moment right now! But he’s right. The fundamental particles we learn about are given names depending on their behaviour; we don’t really know what they are! We know an electron has a charge and negligible mass, but what is it? Sometimes it behaves like a wave and sometimes like a particle.

In QFT, if two operators (for example G and G*) obey the same rules as two others (e.g. a and a+) then algebraically they are the same. In essence we categorise nature according to our own rules. A quote by Werner Heisenberg (known for the creation of quantum mechanics, which earnt him a Nobel Prize in 1933) encapsulates this idea:

“What we observe is not nature itself, but nature exposed to our method of questioning.”

–        Physics and Philosophy: The Revolution in Modern Science.

My favourite quote of Heisenberg’s is:

I like the fact the universe remains very much a mystery to us and our interpretation of it is only limited by our imagination! I don’t know about you but this thought is what motivates me to carry on studying. 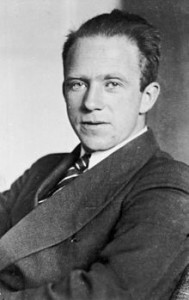 Other than learning about some really interesting parts of physics I have been spending 4-5 hours a day programming for my Specialist Research Project. It was through my interest in programming that I noticed this article on the BBC website, on internet Easter eggs. It’s well worth a read and trying a few out – my favourite is typing ‘Atari Breakout’ into Google Images!