Every year Oxfam decides on lots of cities around the UK to host Oxjam Takeover Festivals and Leicester’s is considered one of the most successful. An Oxjam Takeover is a bit like having lots of small gigs going on at the same time around the same area except that all the musicians are playing for free and everyone from the core team to the stewards are volunteers. Because of this, every penny raised over the day can go straight to Oxfam and helping people around the world. Before going to Oxjam last year I had just assumed that Leicester didn’t have much of a local music scene, but the festival showcased a huge range of talented bands and artists from all genres, hip hop to country to rock. 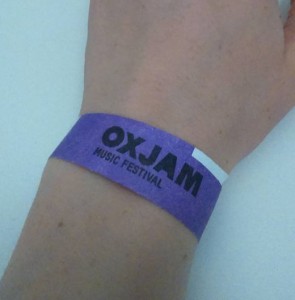 This year was my second year stewarding at Oxjam Leicester Takeover (jobs for stewards include collecting any change in buckets for Oxfam and checking wristbands on the doors of venues) but this year was a little different since the day fell on Halloween and fancy dress was encouraged for all. There were around 150 acts performing on 11 different stages and wristbands to get into any venue from 1pm-late was only £10. There was also Halloween face painting and food stalls in the main square during the day. Also a new addition to Oxjam this year was University of Leicester’s Oxfam Society stall in the middle of the festival to remind people about the cause. The team on the stall raised money with a wine bottle raffle and gained signatures for a petition in our current campaign – Say No to Coal. 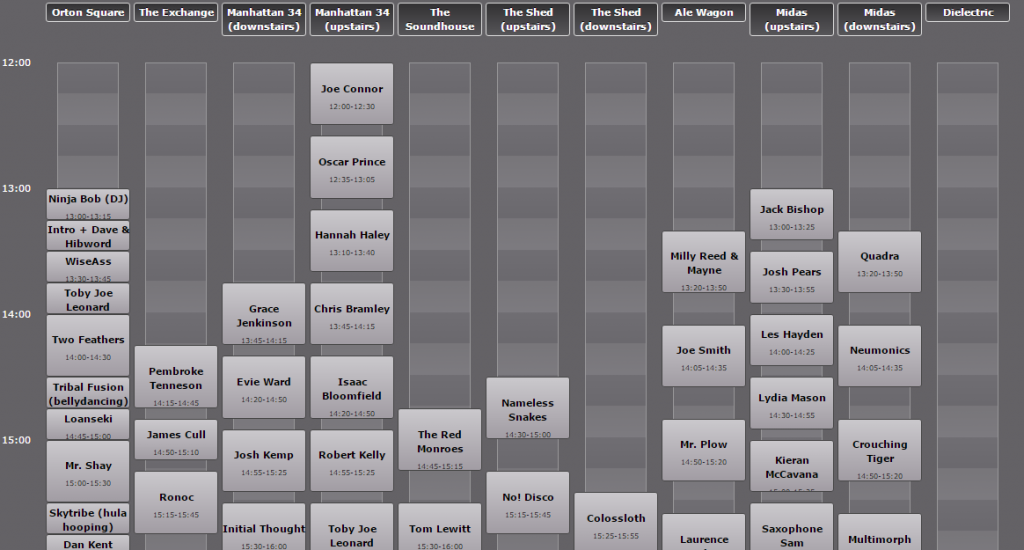 The festival’s clashfinder (From http://clashfinder.com/m/olt2015/?user=04zxsq.g1)

I would highly recommend going to the takeover next year if you’re interested in watching live music and supporting Oxfam and volunteering is usually such a fun and rewarding experience. Look out for it in October time in 2016.

For more information on where the money raised at events like Oxjam go, check out: http://www.oxfam.org.uk/oxjam/what-is-oxjam/whats-it-all-for