I’ve been very busy lately: several reports to write; a few blackboard tests to complete and frankly too much course work. I want to have a work-free Christmas, so the plan is to finish all of this before I head back home.

Lots of the work I’m doing is course work for Fractals and Chaos and Jovian Planets and Moons. A previous blogger has written about those so I thought I’d talk about something completely different: When will we live on Mars? 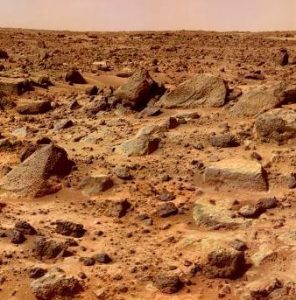 In September billionaire business magnate Elon Musk unveiled his grand plan to colonise our neighboring planet Mars. As the founder and CEO of SpaceX he said that he hopes for a manned mission to Mars in 10-15 years and wants to have established a mars colony by 2040.

Whether or not private companies like SpaceX will get the first men on Mars is still currently speculative, however, these companies are developing innovating technologies to reduce the cost of space travel. Consequently,  this will make manned Mars missions more plausible and more appealing to governments and taxpayers who don’t currently like the price tag on such a mission.

But then again, what’s the point really?

Well, there are actually a lot of reasons why we should go do Mars, I’ll just list a few:

I think I probably should expand on that last one a little. The reason why humanity has been so successful is because of our curiosity. Whilst other species find the safest environment or one in which they can thrive, humanity sailed into oceans not knowing whether they’d come back. Of course many people probably sailed into the ocean driven by curiosity and did indeed never come back. However, those who did manage discovered, what was to them, a whole new world.

It is the same curiosity, I think, that has given us: electricity; new forms of medicine never considered before; breakthroughs in particle physics that accelerate our advancement in technology and so much more we take for granted every day. Who knows what advancements a Mars mission would lead to, we’ll never know if we never try. So lets do it. Why not?

Here’s a video Vsauce did about Mars that got me thinking about all of this: click here.

“Curiosity is such a powerful force. Without it, we wouldn’t be who we are today. Curiosity is the passion that drives us through our everyday lives. We have become explorers and scientists with our need to ask questions and to wonder. ”