In second year you have four core modules: Condensed Matter; Electromagnetic Fields; Maths 2.1 and Maths 2.2 (however maths 2.2, is actually just a physics module). These are structured in a vary similar way to first year and are the modules that you will have exams on in the summer. 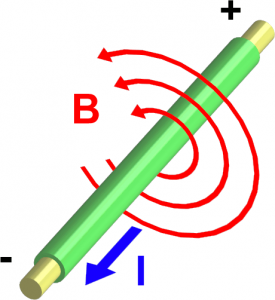 During, the passed two weeks I have had two mysteries of electromagnetism were reviled to me. These two mysteries are things that have puzzled me since I first learned about electromagnetism. However, these revelations did not occur during the Electromagnetic Fields lectures, but, during a Maths 2.2 lecture (the not-maths-maths module) and an optional topic’s lecture on the history of mechanics.

The first problem I had with electromagnetism why do moving currents cause magnetic fields. It made no sense to me; a charged particle at rest has an electric field but suddenly now that it’s moving it also has a magnetic field… like.. what?? However, in the second maths module we learn that this is a consequence of special relativity. The details of this were explained very well by our lecturer Prof Nial Tanvir, and if you want to learn about how this works too, I would recommend you ask your tutor to explain it to you; I found it really interesting.

The other problem I had was: how is it that light and electromagnetic waves were equivalent. I was always told that light is actually oscillations of the electric and magnetic field, but I was never told how we knew this was true. But then, in the optional topic: The History of Mechanics, Prof Steve Milan took us through Maxwell’s equations and showed us how the electric and magnetic fields were related. He then showed us how an oscillating charge causes waves in the electric field and hence the magnetic field. A result of these equations is that you get the speed of the waves to be the speed of light.

I was very excited about this new information I had learned as it was something which had confused me for a very long time. I briefly tried to apply this knowledge two another thing I’ve never been able to understand in this subject: ferromagnetism. 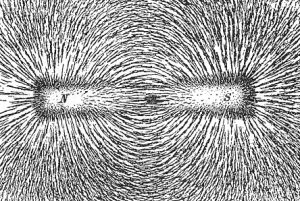 I though about electrons, since, I thought, maybe they would be the moving charges that result in a magnetic field. However, this lead to me be even more confused than before I learn all this stuff: if electrons are charges that orbit the nucleus, they are therefore oscillating, hence would release electromagnetic waves, so they would lose energy and surely crash into the nuclei of the atoms. This didn’t make any sense at all.

So at the end of the lecture I went down and asked Prof Milan about this. He told me to me that to explain why that doesn’t happen it requires a quantum mechanical interpretation. So basically things get even more complicated.

This blog was a bit long, but it’s exciting when you learn new things. Maybe one day when I understand quantum mechanics better (at the moment it makes pretty much no sense to me),and I can write an equally long, enthusiastic blog about ferromagnetism.

“Thoroughly conscious ignorance is the prelude to every real advance in science.”