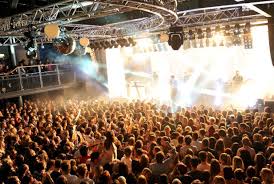 Freshers fortnight seemed like quite a big thing when I started at uni, so I bought the wrist-band which meant that I could go to any of the nights out in the first two weeks (if you don’t like going out that much you don’t have to get the wrist-band, you can buy tickets for the individual events). To be honest the first night out was kind of lame, it was at the O2 but for some reason we didn’t go to the main stage (that’s the one shown in the picture), and it was also mainly awkward since we didn’t know each other. However, the rest of freshers fortnight I felt a lot more comfortable after meeting more people and I had loads of fun. I went on a few more nights to the O2 (these nights were significantly better than the first); a bar crawl with one of the societies; some other events at other clubs and overall had a lot of fun. In conclusion, I would say it is well worth getting the wrist band, and if I had to complain about anything it is that nights out at the O2 get a bit samey. 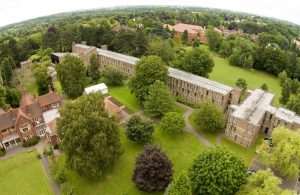 My experience of student accommodation is probably a bit atypical, but I can also tell you about the general opinions other students had about it too. I, just like many freshers do, stayed at Oadby. However, rather than staying in flats, and sharing a floor with lots of other students, I had to live in a small house just outside of these flats and shared with just 3 other people. This made freshers quite awkward. We did not have the benefit of socialising with many other students being a necessity, as would be the case if, for example, you had to share a kitchen with seven other people. This was probably just a problem for me because I am quite an awkward person, but in the end I met enough people I got along with for this not to be a problem. Another problem I could have had is: what if I didn’t like anyone in my house (after all this is much more likely when there are only 3 people in your house). Luckily, I got along quite well with one of my housemates and even lived with him again this year. As for the other two, I did not dislike them, but I rarely talked to them (they where rarely even in), this rather non-communicative relationship though awkward was certainly better that if I had a housemate with whom I had any sort of negative relationship.

The accommodation itself, in general is a bit meh. That is to say it wasn’t all that good but there wasn’t anything to complain about. If you pay for the slightly more expensive accommodation in John Foster it’s meant to be reasonably nice, but all in all it’s student accommodation so it’s not going to be anything special.

My first ever lecture at Leicester got me worried. When I was at sixth form I had one of the worse physics teachers possible. He was very lazy, and rarely actually taught us anything. Despite this I decided to do Physics at uni, and I just hoped that the standard of teaching would be better. The first lecture at uni I was faced with a lecturer who for a full hour just read a PowerPoint word for word in a monotone voice. This had me really worried that uni would be just like sixth form physics, and I would have to learn the whole course myself. Luckily, I am glad to tell you, not all the lecturers are like this, in fact most of them are really good. Just like at any uni there will be some lecturers that just don’t like lecturing and don’t bother trying all that hard. However, most the physics lecturers at Leicester are genuinely really good: Dr Darren Wright, Prof Steve Milan, Dr Mark Wilkinson and Dr Graham Wynn just to name a few.

If you want to hear about my first impressions on any other things at the University of Leicester please leave a comment below.

“In this house we obey the laws of thermodynamics!”