Astronauts: Do you have what it takes?

Posted by George in Physics on September 6, 2017

A few weeks ago I came across this tweet. 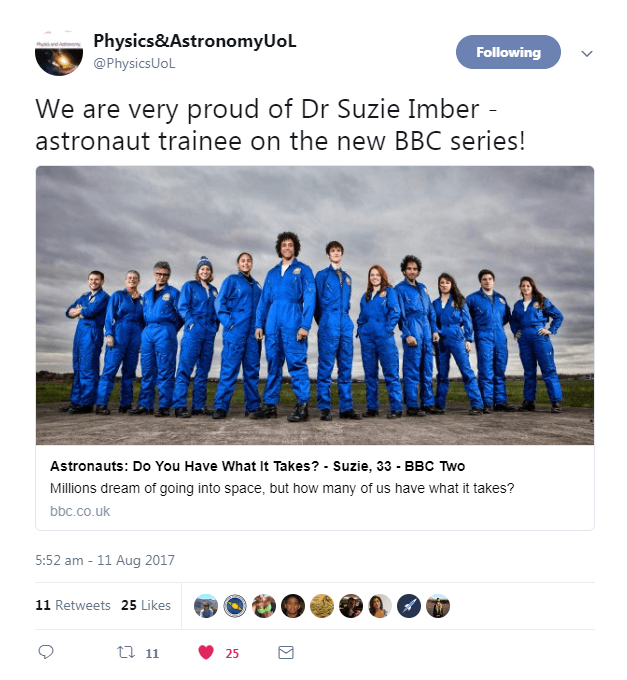 Dr Suzie Imber is a lecturer that I had in both first and second year. I remember in particular when she taught us multiple integrals and told us how it linked to her own research in cataloguing mountains in the Andes. Not only has she discovered mountains, she is also an avid mountain climber, and has even climbed several of the mountains that she had discovered.

“Astronauts: Do you have what it takes?” is a BBC series that started a few weeks ago where twelve candidates undergo intense astronaut training. Astronaut Chris Hadfield and his team of experts observe the candidates, and at any point if they think that anyone’s performance is insufficient for the high standards they would expect from an astronaut they are removed from the selection process.

Yesterday I went to talk to Suzie to hear about how she got involved in the programme, and to chat about some of the tasks she had to do.

She told me that she applied for the show whilst in the Andes, which made a Skype interview later in the selection process much more difficult. She was later told that she had made it on to the show, but wasn’t allowed to tell anyone. She had to tell some of her first year students who she was teaching at the time that she had to leave, but couldn’t tell them why, however, she did assure them it was for something very cool.

For the first task they were thrown into the deep end and asked to hover a helicopter. I asked Suzie what this was like and whether or not they were briefed at all on what they were about to do. 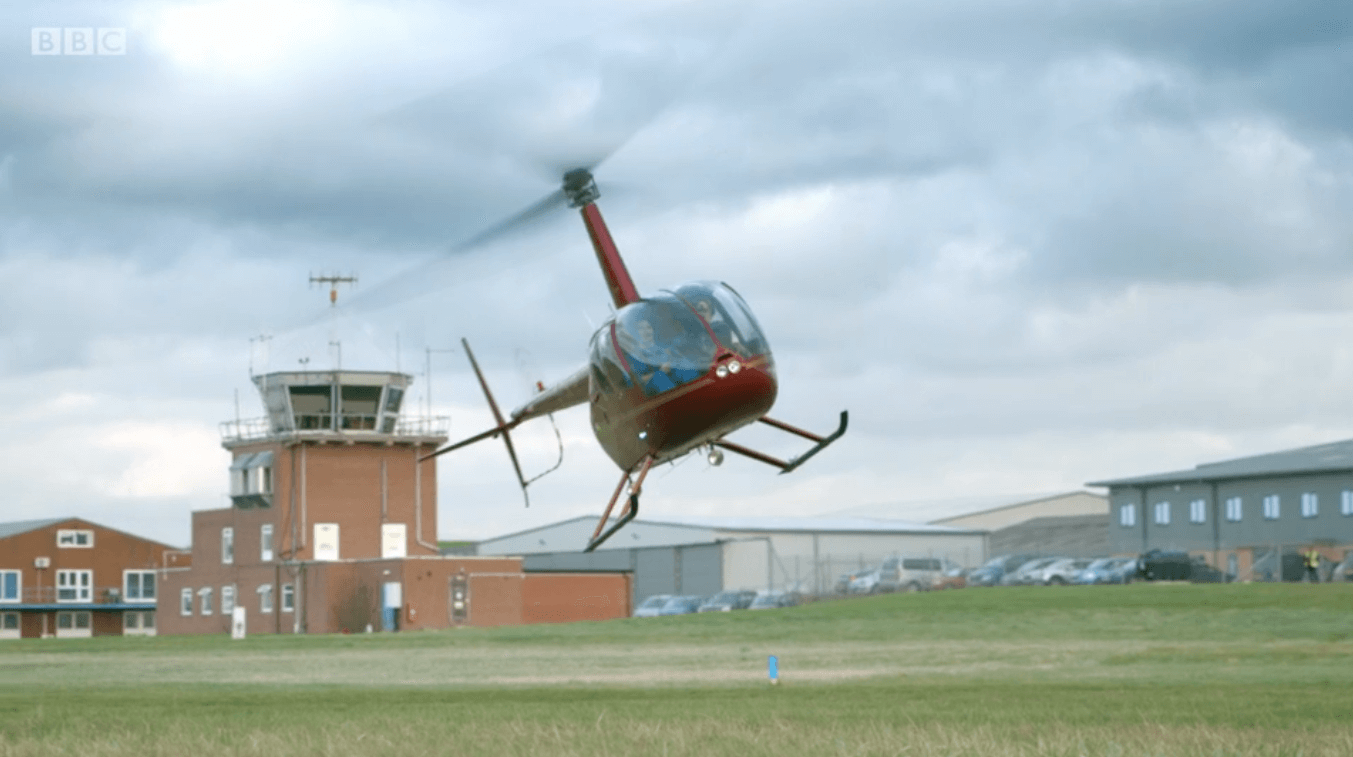 Nope. That’s the short answer. She told me it was all very sudden, she was taken to a hotel where they took away her mobile phone and credit cards, and after a night’s sleep they were driven to an airfield and asked to hover a helicopter in the air for as long as they could. When I watched this at home I couldn’t believe this was the first task, but I guess when it comes to astronauts the bar is set very high. Also in this episode the candidates had to: do the bleep test; have an interview with a psychologist; do a memory test; take their own blood (astronauts in he ISS conduct many physical and medical tests in their micro-gravity environment); finally they had to estimate when 20 minutes had elapsed whilst being in a enclosed dark space with the added distraction of having to lace their boots at they same time. To hear more about Suzie’s experience on episode 1 click here to read her blog.

She told me that despite how it seems to the audience, watching weekly episodes, time-wise it was very intense; having to complete many tasks a in a very short time period. In later episodes the tasks themselves get even more intense: driving a Mars rover; escaping from a capsizing spacecraft; attempting to dock the Soyuz rocket to the ISS in a simulation, just to name a few. 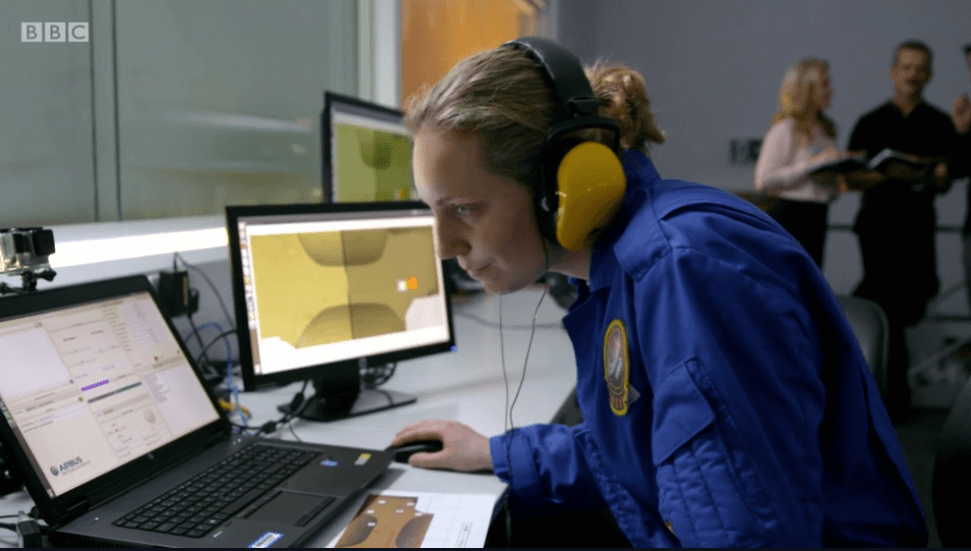 Suzie said they were never told how well they did in comparison to the other candidates or how they were being assessed. However, she thought  completing the task successfully or not was not the most important thing. She thought that Chis Hadfield and his team are looking more for people that can cope with stress; overcome failure; and still preform at their best regardless of the situation they are put in.

The next episode airs on Sunday at 20:00. Suzie and the remaining candidates will face a human centrifuge and a number of other tasks to find out who has what it takes to become an astronaut. Good luck Suzie!

“Decide in your heart of hearts what really excites and challenges you, and start moving your life in that direction. Every decision you make, from what you eat to what you do with your time tonight, turns you into who you are tomorrow, and the day after that.”

One response to “Astronauts: Do you have what it takes?”