In a previous blog I talked about one of my lecturers, Dr Suzie Imber, who is on the BBC programme “Astronauts: Do you have what it takes?”. As described in my earlier blog, in the programme 12 candidates undertake tasks that you would undergo during astronaut selection. From the twelve Chris Hadfield and his team of experts pick one winner who will get Chris Hadfield’s backing when ESA next take on astronauts. Each week Suzie did fairly consistently well and made it to the final with two other candidates: Tim and Kerry. The final was very intense since all three finalist were exceptionally good. I was watching the final with my flat mates who also do physics, and we were all so proud when Suzie was announced as the winner!

Yesterday I went to go talk to Suzie to ask about her experience on the programme, her plans now that she has won and, of course, to congratulate her.

I asked what were the main things she got out of her time on the programme. She said the experiences she had were something you could never pay for. The Aquarius task for example; only a handful of people have ever gone down there to do astronaut training. She also said she learned a lot about herself. Not only did she say she learned about her strengths, weaknesses and where she can improve, but also she learned that she was capable of things she never thought she could or would do. Continuing this line of learning new things and self improvement Suzie says that she is interested in taking some flying lessons some time in the future. But, out of everything that happened whilst she was on the programme, she seemed most enthusiastic about the friends she made on the way. 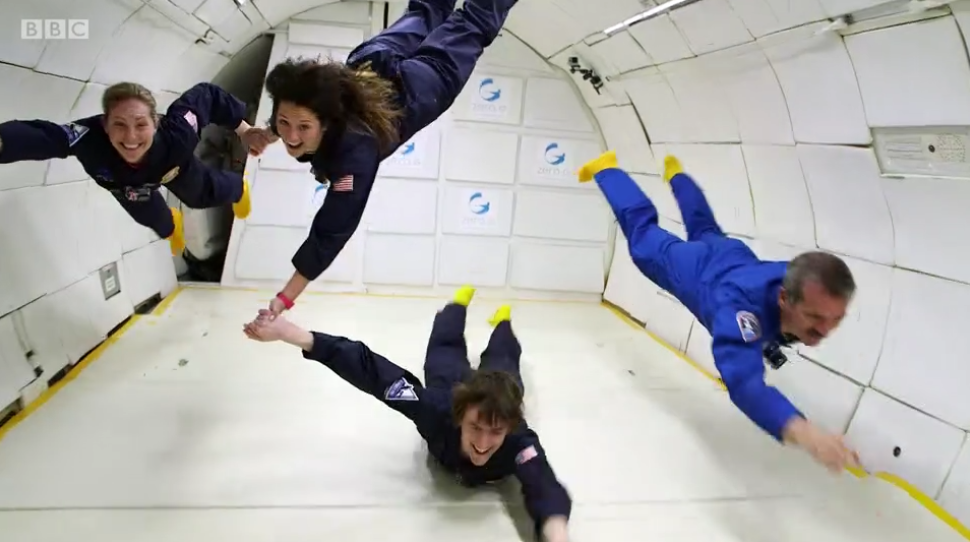 I also asked about some of the tasks she faced in the final including the task in the infamous “Vomit Comet“; a plane that takes periodic, parabolic dives to simulate zero-gravity. She said she experienced one odd phenomena that she hadn’t considered, but was obvious when she thought about it. In zero-G if you push off of one wall and cannot reach anything to grab on to, there is nothing you can do, you’ll just keep floating in that direction until you move towards something within reaching distance or in this case the plane settles to prepare for a new dive.

Finally, I asked what are her plans now the show has ended and now that she has Chis Hadfield’s backing for ESA’s next recruitment of astronauts. She said ESA has not announced when they will be next recruiting astronauts, in the mean time she is excited to get back into her research, but she also wants to get more involved in science outreach. She will be doing a talk at one of the National Space Centre’s Space Lates, and also wants to inspire the next generation by visiting schools and clubs and talking about science.

“I believe every human has a finite number of heartbeats. I don’t intend to waste any of mine.”