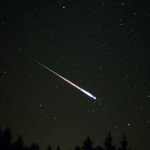 Hey everyone! The beginning of fourth year has felt like being told to perform a one-handed cartwheel completely off the bat – a little disorientating and incredibly difficult! We split into groups on the first week back and were asked to produce a paper to submit to the Journal of Special Topics a week later!  Not […] 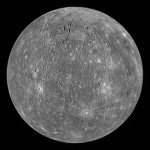 This Saturday saw me running a cook-a-comet workshop at the university open day. During the workshop I recommended keeping an eye on the missions planned for the next few years, since it is the data from these missions you may be analysing a few years down the line. I thought I’d list a few on […] 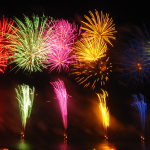 Hi everyone, It’s my 50th blog so it’s only fitting I devote it all to an aspect of Physics I find particularly engrossing – elementary particles and quantum field theory. Maybe it’ll get you freshers geared up for the first year of your undergraduate degree! I am currently attempting to get to grips with my fourth […] 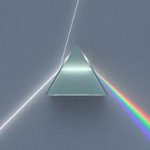 Sir Isaac Newton and his life at Woolsthorpe Manor

A few weeks ago I visited the house where Sir Isaac Newton was born; Woolsthorpe Manor. It was a very hot day so we retreated into a building that would once have been the stables and now housed a second-hand bookshop and a video running on a continuous loop. Once I had scoured the science fiction shelf […]

Hi everyone, I have just finished my five week summer project with the Career Development Service/ Physics Department. I am now the designer of two databases (or ‘MY CREATIONS’ as I referred to them after a particularly long stretch of coding in VBA), the author of a nifty 17 page-long user guide and the proud […]

Check out this 69 year-old experiment set up at Trinity College Dublin. It was investigating the fact some ‘solids’ are in fact liquids with a viscosity billions of times that of water and involved placing some pitch into a funnel on top of a jar. Recently scientists at Trinity College noticed a drip forming and began filming […] 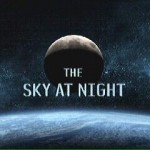 It’s The Sky at Night with Dr Paul Abel and Prof. Clive Ruggles

I settled down to watch The Sky at Night last week for the first time (I know – what kind of Physics student am I?) and had a bit of a shock as one of my third year project supervisors appeared on the telly on front me! Dr Paul Abel completed his PhD at Leicester and […]

Is the speed of light really constant? (and some other stuff)

Hi everyone! It’s been a pretty hectic month since I last blogged, apologies for the delay! Last week saw me volunteering for approximately ten hours a day at the Headstart Summer School hosted both on campus and at the Oadby Student Village. My favourite day of the week has to have been Wednesday when I got […]

Now is a great time to be in Leicester! Not only was the Physics department ranked 9th in the Guardian League table, but the sun is shining on Victoria Park, De Montfort Hall has a great summer line-up and the smell of the Geology barbeque is wafting across campus. I finally finished my exams on Monday […] 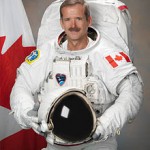 Just been taking a break from revising for my Fluid Dynamics exam and spotted this on the BBC’s Science and Environment page. It is a cover of David Bowie’s Space Oddity by the outgoing commander of the ISS (International Space Station) Chris Hadfield. He performed the song in order to commemorate the end of his 5 month […]