Posted by Abshir in Politics & International Relations on October 12, 2013

After an eventful summer working with Oxfam, the final hurdle was in sight. On the 9th of October, I was chosen alongside six other lucky campaigners to deliver the Love Syria Petition to the Foreign and Commonwealth Office (FCO). 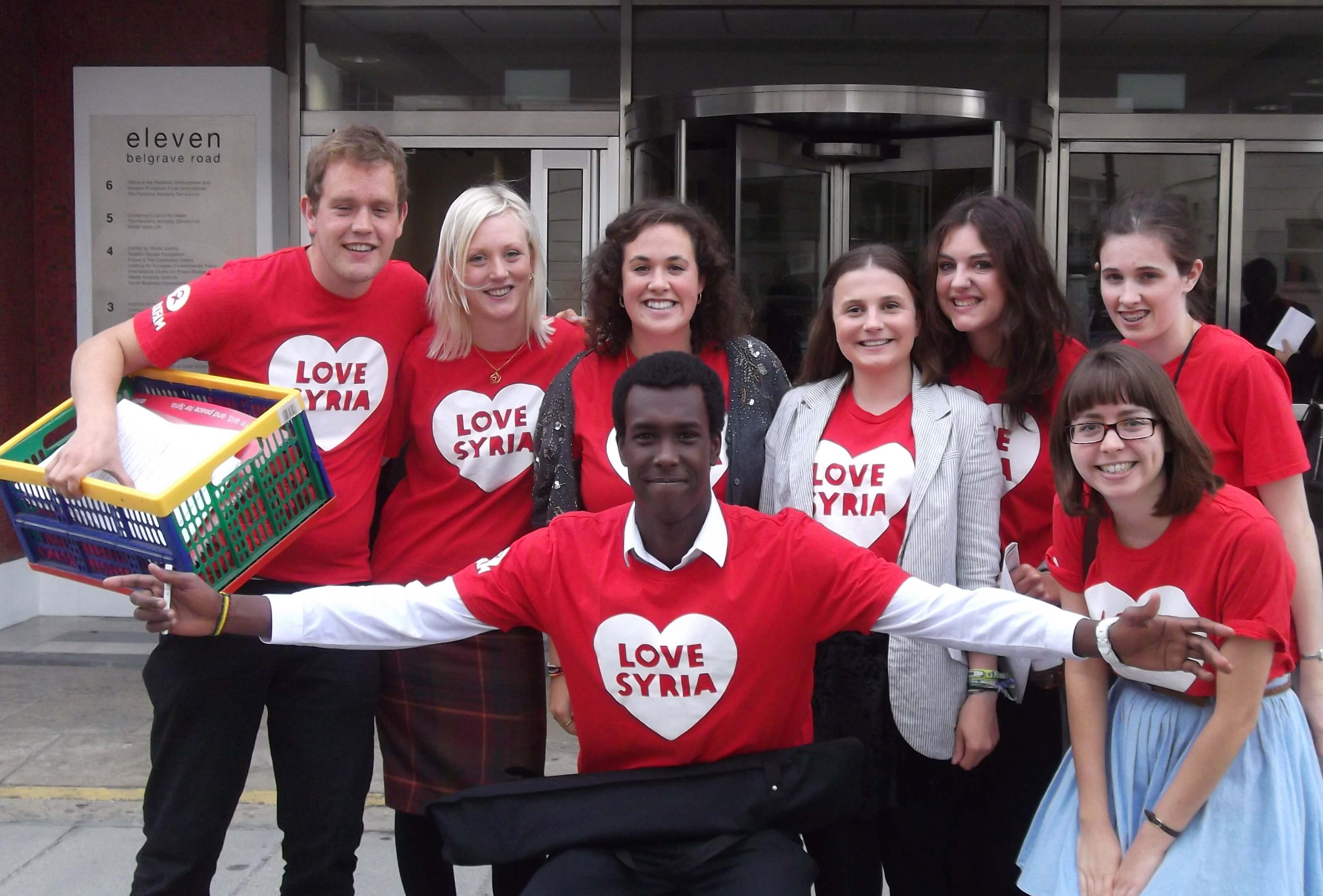 At around 11am I made it to my train with seconds to spare, whether I’ll learn to get up earlier is still to be determined. After having trouble connecting to the Wifi in the standard carriage, I was surprisingly upgraded to First Class; it was a good start. On arriving at St Pancras, I hurriedly sped towards Victoria to visit the Oxfam Headquarters. 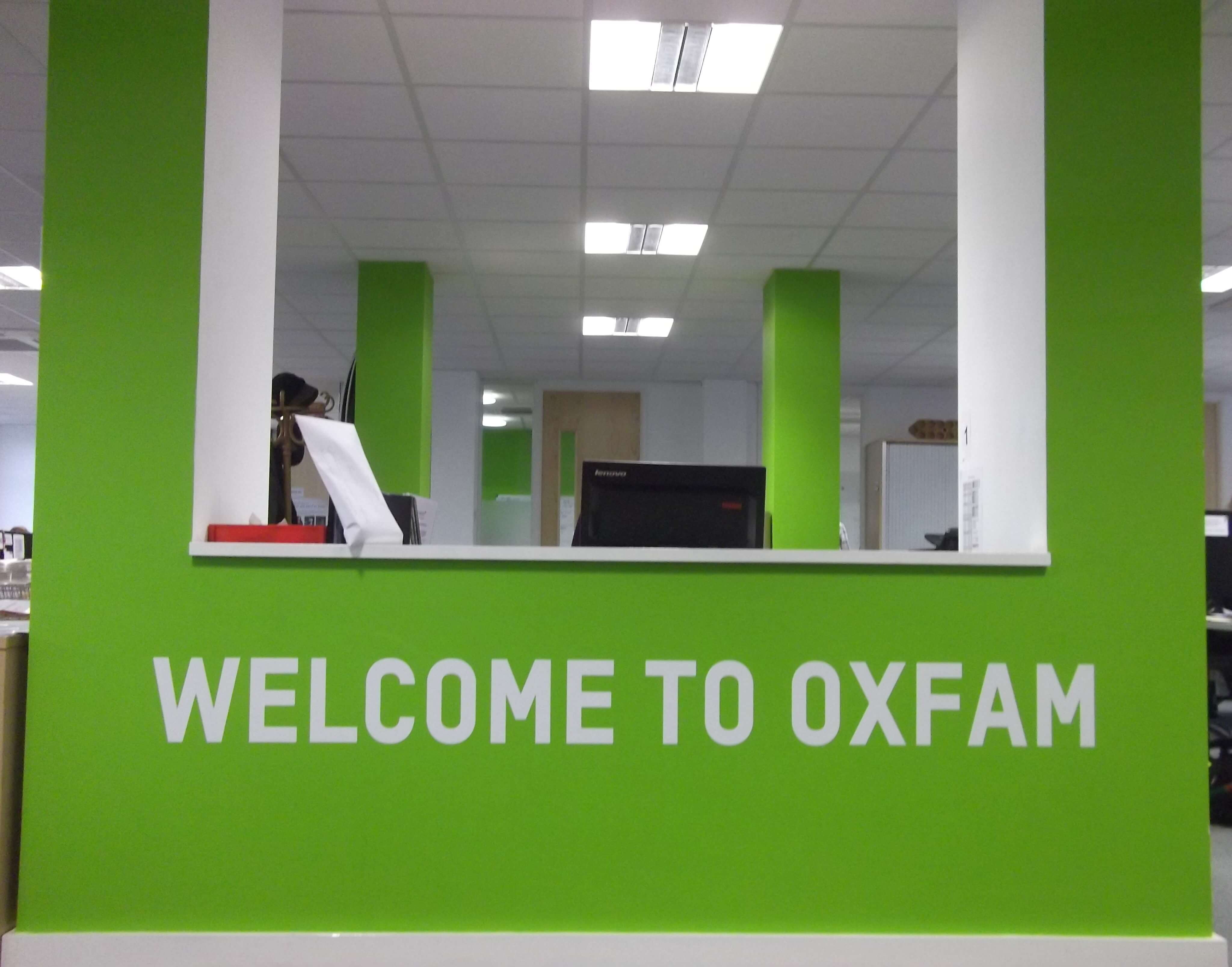 During the debrief I was made aware that the original Minister of State, Alistair Burt, had lost his position in the Cabinet reshuffle a few days before. Instead we were to visit the new Minister of State Hugh Robertson. After the debrief, we made our way to Whitehall in which I miraculously bumped into a good friend of mine since childhood. He wished me luck as I caught up with the pack. 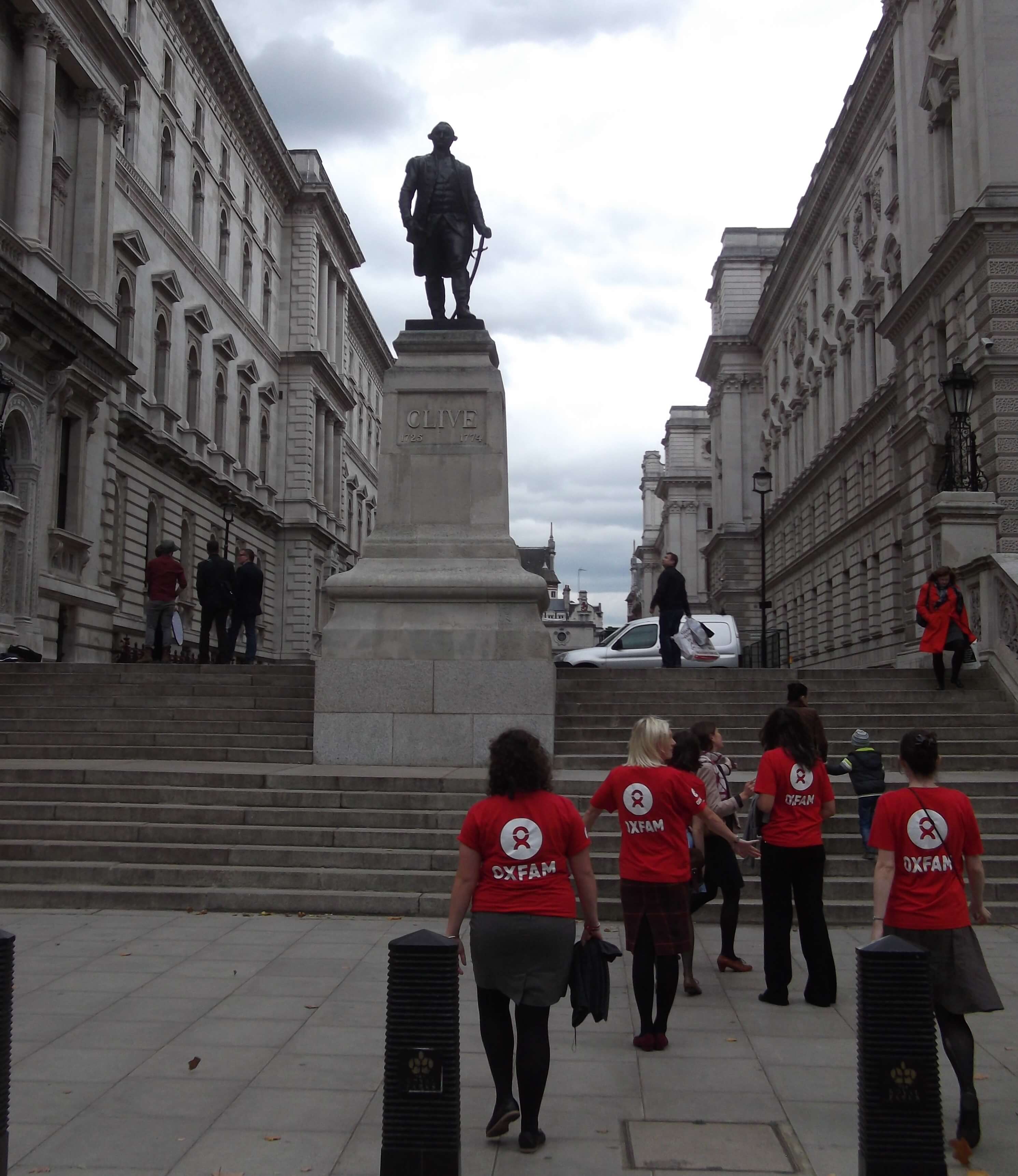 Halfway through setting up, before we’d even prepared the order in which to speak, Minister Hugh Robertson glided into the room…the heat was on. As the final member to have their say, I was entrusted to wrap up the presentation and present him with a Love Syria badge. 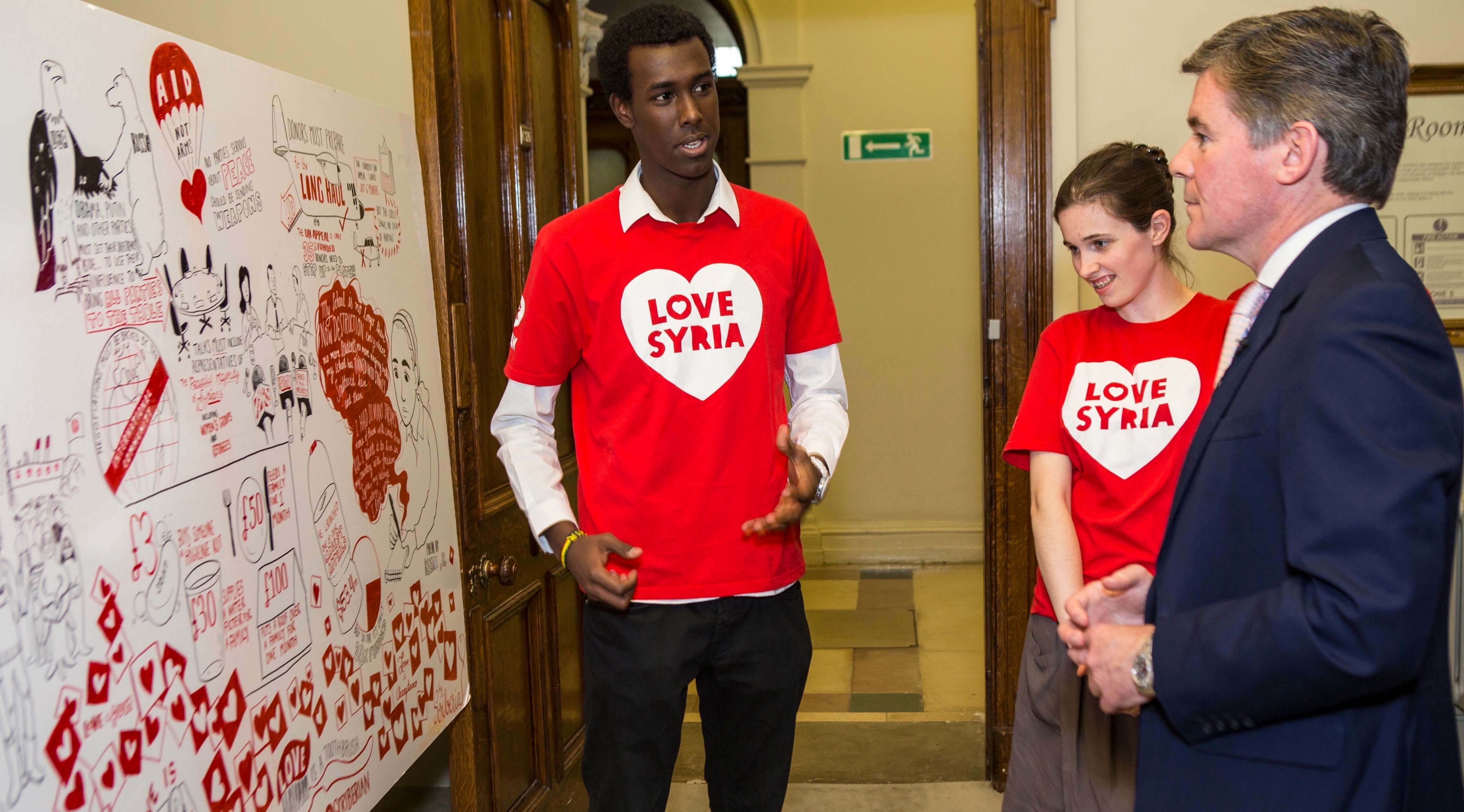 After a shaky start, I pulled myself together and explained how important it was to find a peaceful political solution to the crisis. Hopefully the 50,000 signatures that we collected was enough to convince him to pursue diplomacy, rather than military avenues at the upcoming UN conference in Geneva. 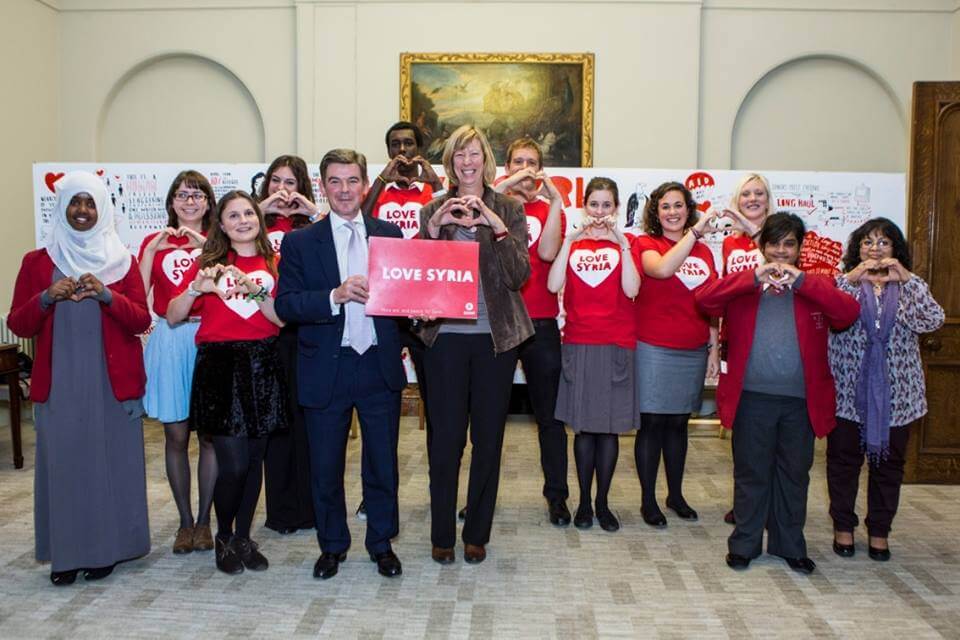 Since the start of our petition, the UK government has pledged over half a billion pounds to the Syria fund. Oxfam have also been allowed access into formerly restricted areas to help those most in need. This goes to show the power of using democratic instruments to influence world leaders. Malcolm X once said, that ‘if you want something, you better make some noise’; the rest is history. 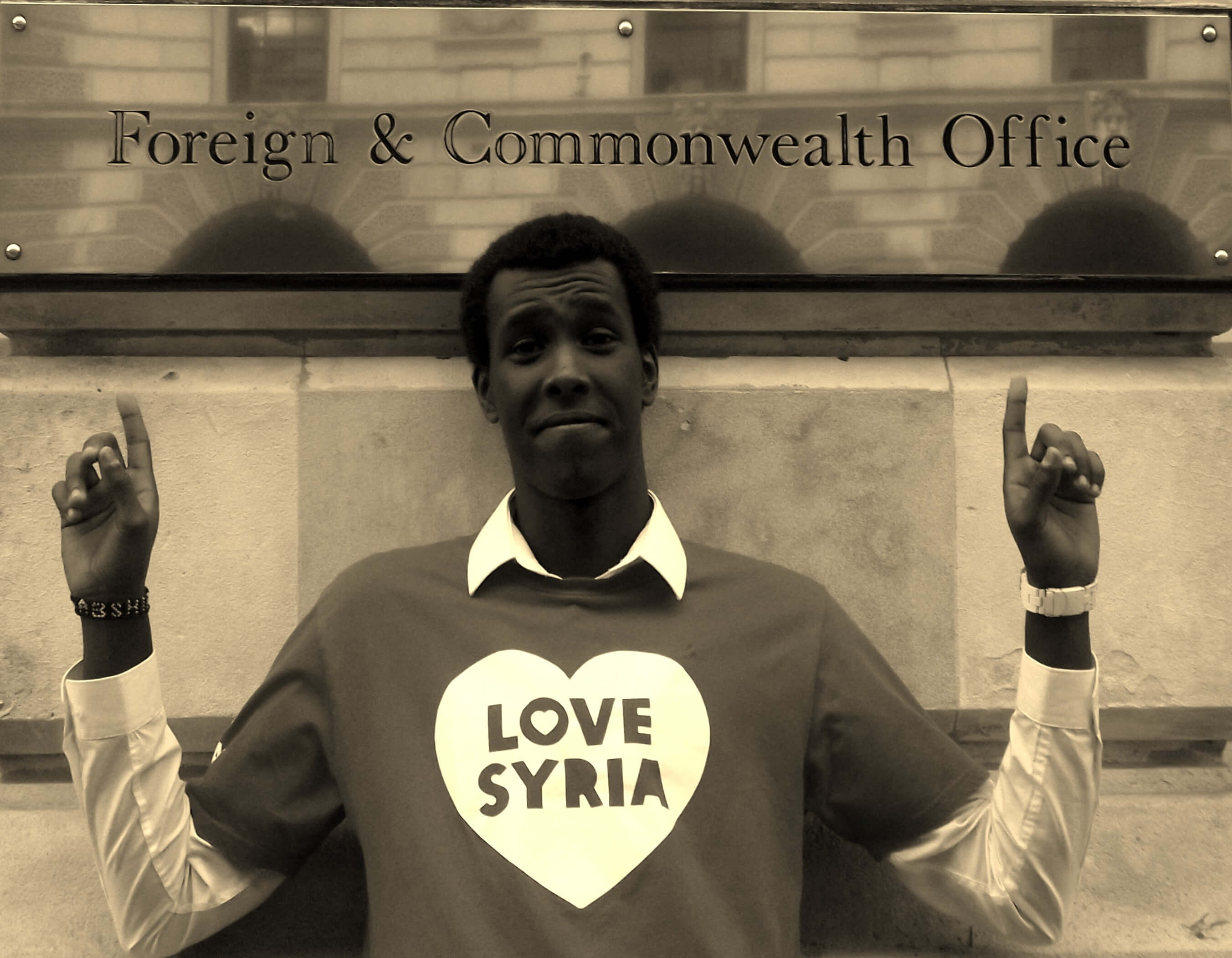 Here’s the article written by the FCO news desk.